The Samsung Fire & Marine Insurance Bluefangs of the men's V-League said Wednesday its opposite hitter Andrea Santangelo left the country earlier in the day. His departure comes two days after the Korean Volleyball Federation (KOVO) decided to suspend the V-League as the nation grapples with the spread of the virus. 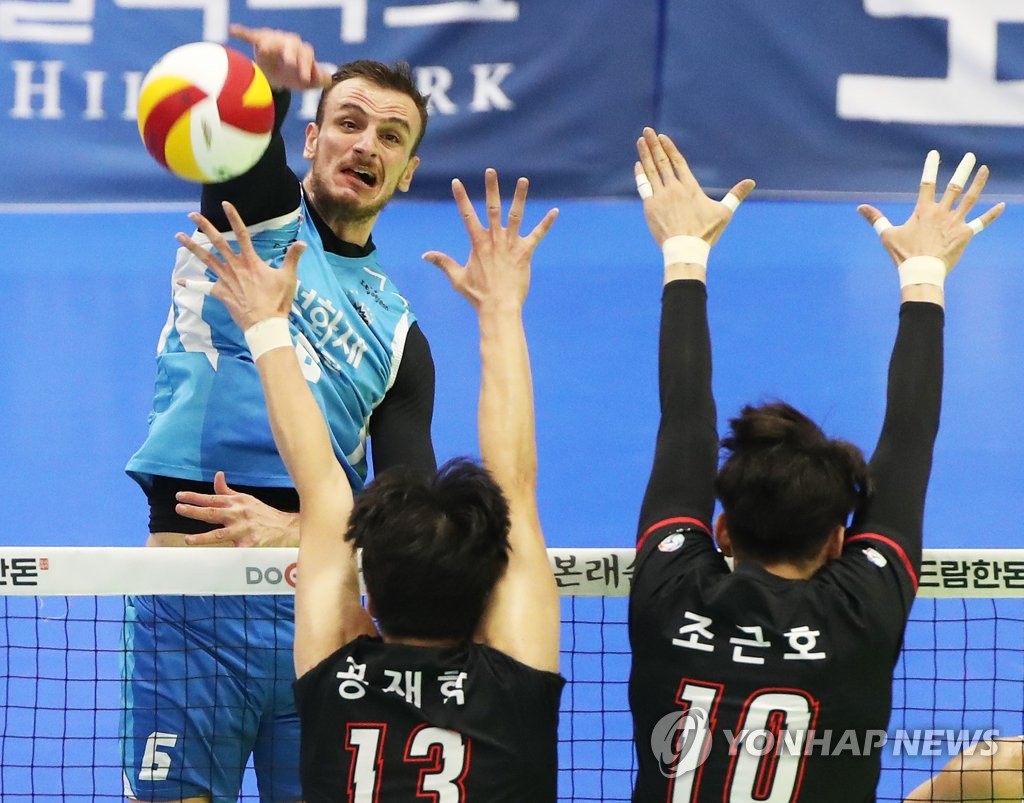 The team said Santangelo hoped to return to Italy because of uncertainty surrounding the V-League, and the two sides parted on amicable terms.

Santangelo is the first foreign player in South Korean pro volleyball to pack up and leave in light of the coronavirus outbreak. The Korean Basketball League (KBL) saw three foreign players leave in a two-day span last week, leading to fears of a mass exodus of import players.

Santangelo appeared in 25 of the team's 32 games and ranked 17th in the league with 294 points.