"As the result of the steps taken by the U.S. Fed, the United States' policy rate (1.0 percent-1.25 percent) has been lowered to a level similar to that of the country's policy rate (at 1.25 percent)," Bank of Korea (BOK) Gov. Lee Ju-yeol said in an emergency meeting with BOK officials to review the impact of the U.S. rate decision. 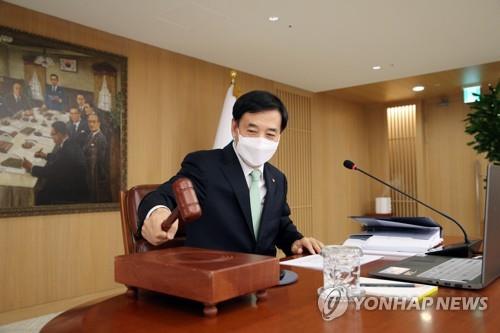 Earlier in the day, the Seoul government said it will seek 11.7 trillion won (US$9.86 billion) in extra budget to cope with the economic fallout from the virus outbreak and boost economic growth.

Asia's fourth-largest economy was earlier estimated to expand 2.3 percent this year, rebounding from an estimated 2 percent on-year increase in 2019 that marked the slowest growth in a decade.

The BOK, however, has slashed its growth outlook to 2.1 percent.

The BOK chief vowed efforts to help stabilize local markets, noting market fluctuations may expand for some time due to the spread of COVID-19.