Park was apparently referring to the main opposition United Future Party (UFP), headed by Hwang Kyo-ahn, who served as prime minister under her administration. 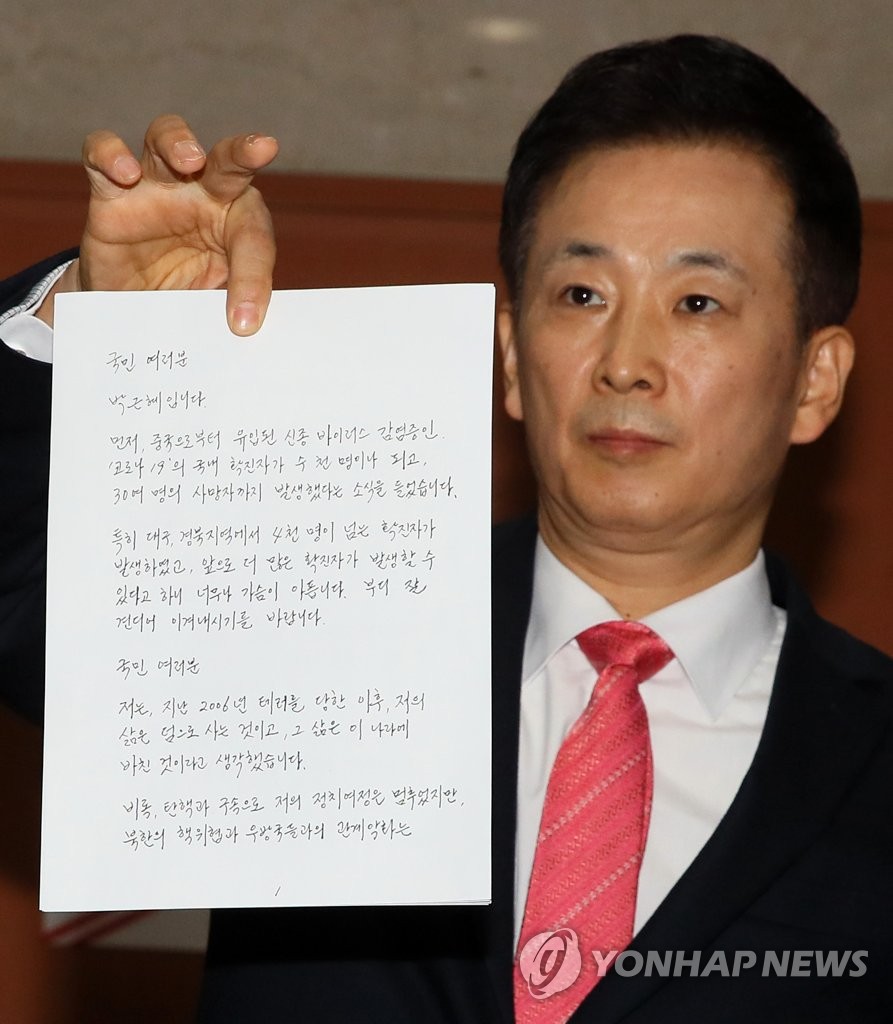 "(Park's message) is tantamount to a declaration that the UFP is her party and that she will actively intervene in the elections," Je Youn-kyung, a spokesperson of the election committee of the ruling Democratic Party, said in a statement. "Her act of demagoguery in prison, as if she were a victimized politician, is nothing but a denial of the public's decision to oust her."

Oh Hyun-joo, spokesperson of the minor Justice Party, also released a statement rapping it as "a pathetic form of politics."

"(We) cannot but rage over her shameless behavior of using the COVID-19 virus crisis as an opportunity to establish her political position."