SEOUL, March 4 (Yonhap) -- The United States is pushing to sell a guided multiple launch rocket system to South Korea in a foreign military sales (FMS) arrangement, according to the U.S. department of defense.

The sales plan is part of a US$1.1 billion contract Lockheed Martin Corp. was awarded by the U.S. government for the production of the surface-to-surface system and its support equipment, according to the department on Thursday.

The guided multiple rocket launcher system is an "all-weather rocket designed for fast deployment that delivers precision strike beyond the reach of most conventional weapons," according to the U.S. arms manufacturer.

Under FMS, the U.S. government uses the department of defense's acquisition system to procure defense articles and services on behalf of foreign partners.

The announcement came as South Korea and the U.S. are in talks over how much Seoul should pay for the upkeep of the 28,500-strong American troops here.

The two countries have held six rounds of negotiations since September. But they have yet to reach an agreement amid Washington's demand for a sharp increase in Seoul's financial contribution.

South Korea has been emphasizing its arms purchase from the U.S. as part of its contribution to their alliance and the security on the Korean Peninsula. 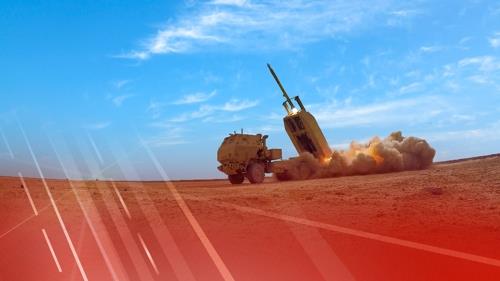