SEOUL, March 4 (Yonhap) -- Three children were killed in a house fire in Seoul on Wednesday, police and fire fighters said.

The fire occurred on the third floor of a commercial-residential building in Godeok-dong, southeastern Seoul, at around 3 p.m., they said.

The fire was extinguished about 20 minutes later, but three children -- a four-year-old boy, four-year-old girl and seven-year-old girl -- were found dead at the scene, they said, adding an investigation is under way to determine the cause of the accident.

The fire authorities said the children were visiting their grandmother's home, but apparently there were no adults present when the fire broke out. 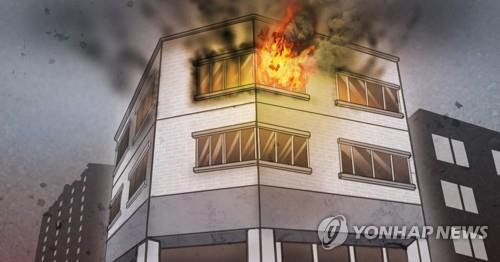