Esper was asked during a Senate Armed Services Committee hearing if the threat of North Korea's ballistic missile capabilities is becoming increasingly dangerous. 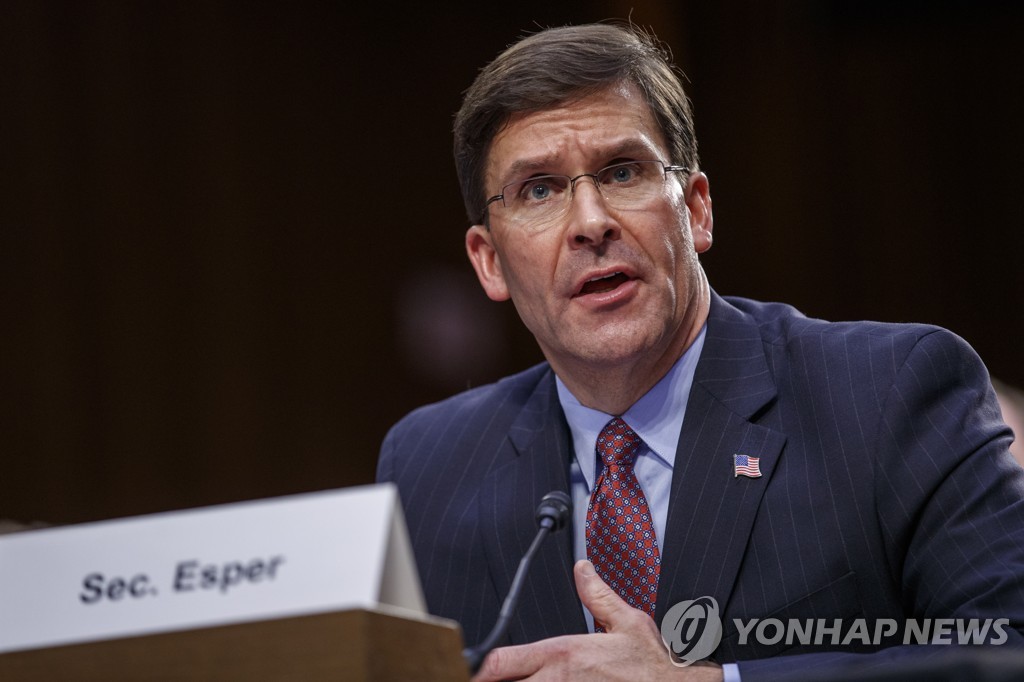 "It's becoming increasingly complicated as they seek to modernize the full range of missile systems," he answered.

Asked if the North's long-range ballistic missiles pose a threat to the United States, he said, "Yes, if our intelligence is correct, they would."

North Korea has not tested a long-range ballistic missile since 2017, after which denuclearization negotiations between Washington and Pyongyang resumed in earnest.

Despite three meetings between Kim and U.S. President Donald Trump, the two sides have failed to reach an agreement and talks have stalled.

Trump was asked Tuesday if he had any reaction to the North's latest launch.

"No, I have no reaction," he told reporters during a roundtable briefing on the coronavirus. "Short-term missiles. No. No. None."

The president has dismissed the North's short-range missile tests as unimportant, even though they are banned under U.N. Security Council resolutions, and instead taken credit for Pyongyang's suspension of nuclear and long-range missile tests.