SEOUL, March 5 (Yonhap) -- South Korea has decided to delay the rotational deployment of a new peace-keeping contingent of troops to South Sudan over concerns about the coronavirus outbreak, military officials said Thursday.

"But the deployment will be postponed for about two weeks as of now, although it's subject to change," a Joint Chiefs of Staff officer here said, adding that the decision was made out of growing concerns over the spread of COVID-19.

South Sudan declared its independence from its Arab-dominated northern neighbor Sudan in July 2011 after decades of civil war that killed more than 2 million people.

As of Wednesday, South Korea had reported 5,621 confirmed cases of the novel coronavirus. In the military, 34 people have tested positive, according to the authorities. 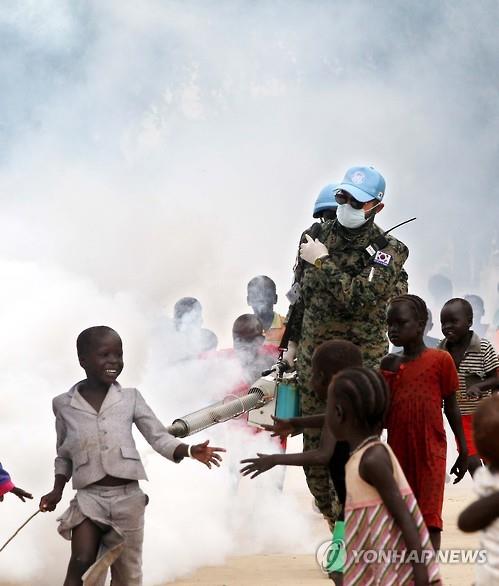 S. Korea to delay rotation of troops in South Sudan over virus concerns

S. Korea to delay rotation of troops in South Sudan over virus concerns