The value of daily financial transactions using non-cash payment methods, including remittance services, came to 81.4 trillion won (US$68.7 billion) in 2019, up 1.0 percent from a year earlier, according to the data from the Bank of Korea (BOK).

The daily use of cards, including debit cards, amounted to 2.5 trillion won, up 5.8 percent from 2018, while the daily average of financial transactions via electronic transfers and remittances gained 4.8 percent over the cited period to 61.6 trillion won.

Transactions using checks and promissory notes, on the other hand, plunged 11.3 percent to 17.3 trillion won per day.

The amount has been on a steady decline at least since 2016 when it stood at 21.6 trillion won, according to the BOK.

The BOK did not provide figures for cash transactions in 2019, but the steady increase in the use of non-cash payment methods apparently suggests reduced use of banknotes.

The central bank earlier said both the number and value of daily financial transactions here using the internet, including smartphones and other devices, reached record highs in 2018, while its earlier survey showed South Korean households held an average 78,000 won in cash in the same year, down 33 percent from three years earlier. 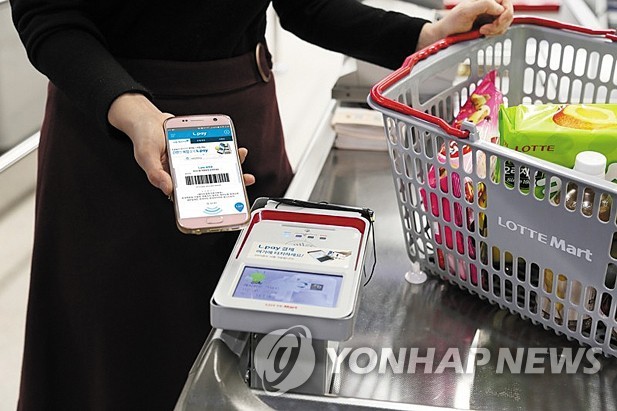