It comes as the government has proposed a social-distancing drive to slow the fast spread of the pneumonia-causing disease, seeing the next couple of weeks as a turning point for containing it.

Social distancing refers to a series of tactics designed to keep people from gathering in large crowds, including working from home, canceling school and avoiding in-person meetings.

According to the sources, major large firms, many of which adopted teleworking and flextime in late February, are weighing plans to allow their employees to work from home for a longer period.

SK Group, which has No. 1 mobile carrier SK Telecom Co. and top oil refiner SK Innovation Co. under its wing, is considering extending its telecommuting system by one week. The group adopted a groupwide remote work system on Feb. 25 to deal with the virus.

SK Innovation has decided to extend its "working-from-home" scheme by two weeks. 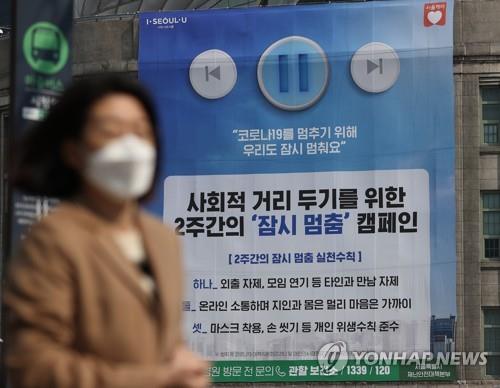 LG Group, which adopted a two-week teleworking system for employees with young children on Feb. 25, is weighing a plan to extend it in step with the government's postponement of school opening.

The government Monday ordered all kindergartens and elementary and secondary schools to delay the start of the spring semester by two weeks to protect students from COVID-19, following a one-week delay on Feb. 23.

LG International Corp., which adopted a telecommuting arrangement for all workers, excluding essential staff, on Feb. 27, has decided to extend it by one week till next Wednesday.

LG Group said it is encouraging units to adopt staggered working hours and ban travel between workplaces as part of efforts to minimize the use of mass transportation.

Also joining the social-distancing campaign are Hanwha and Doosan groups, which are considering expanding teleworking systems, holidays and other measures.

South Korea is struggling to fight the coronavirus outbreak, which has claimed 35 lives and infected more than 5,700 people so far. It has also had a huge impact on South Koreans' everyday lives and the country's economy. 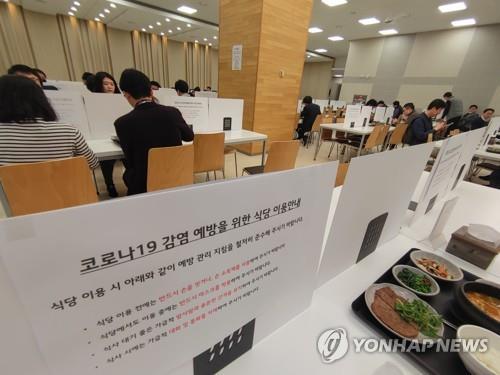