SEOUL, March 5 (Yonhap) -- Instead of making his second spring training start this week as scheduled, St. Louis Cardinals' Kim Kwang-hyun will pitch out of the bullpen. 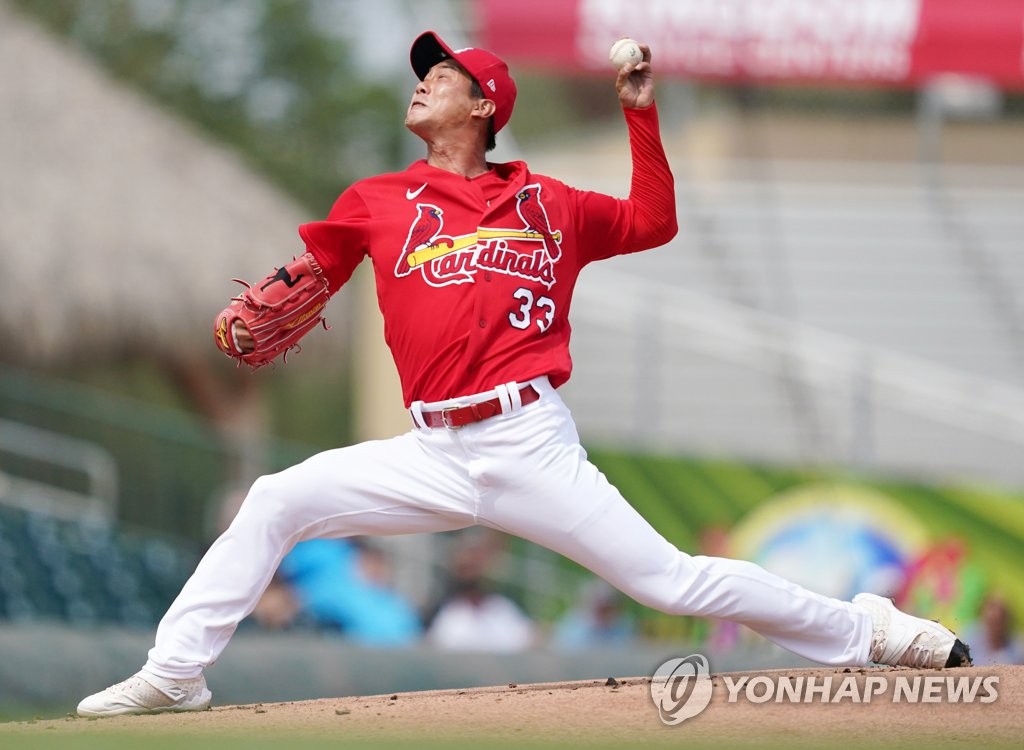 The last-minute change adds another wrinkle to Kim's week. He was originally scheduled to start Monday against the Minnesota Twins but was scratched because of mild groin soreness. He had a successful bullpen session that day, and the Cardinals had him lined up to start Thursday, only to move him to a relief role.

Kim, who signed with the Cardinals in December after 13 years with the SK Wyverns in the Korea Baseball Organization (KBO), has made two spring training appearances so far -- one in relief and one in a start. He has struck out five and walked one in three scoreless innings. His previous outing, a start against the Miami Marlins, was on Feb. 26.

Kim is battling for one of two rotation spots to start the regular season. But the career starter in the KBO has also expressed willingness to pitch out of the bullpen and could get some looks as a reliever, given the absence of veteran lefty Andrew Miller.

Miller is dealing with a mysterious ailment that, despite a lack of accompanying pain, has kept him from getting a feel for the ball in his hand.

But Shildt insisted Kim's upcoming relief appearance is not related to Miller's unavailability.

"It could potentially open up a spot that Kim could take. But I don't think that it's because Miller is out that Kim goes in," the manager said. "Kim still is being viewed as a starter. You're talking about a guy with 190 innings last year (in the KBO). He can ramp up." 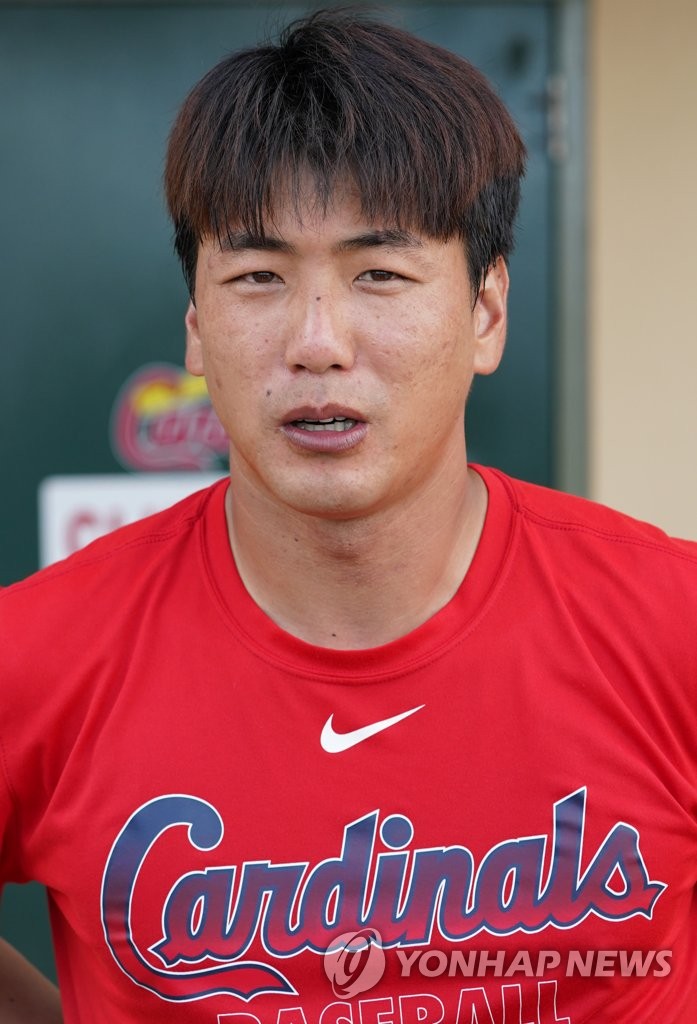 Cardinals' Kim Kwang-hyun shuffled to bullpen for next spring outing

Cardinals' Kim Kwang-hyun shuffled to bullpen for next spring outing