The banks' combined net income stood at 14.4 trillion won (US$12.1 billion) last year, down 1.2 trillion won from the previous year, according to the Financial Supervisory Service (FSS).

The decline was attributed to their non-operating loss of 500 billion won, which resulted mainly from losses from their equity ties with subsidiaries.

Local lenders' interest income came to 40.7 trillion won in 2019, up 200 billion won from the prior year. It was the second straight year that interest was above the 40 trillion-won mark.

Their net interest margin, a key yardstick of profitability, stood at 1.56 percent, down 0.11 percentage point from a year ago. Lower loan-deposit spreads were responsible for the slight drop.

Their loan-loss reserves amounted to 3.7 trillion won, down 600 billion won from a year earlier. 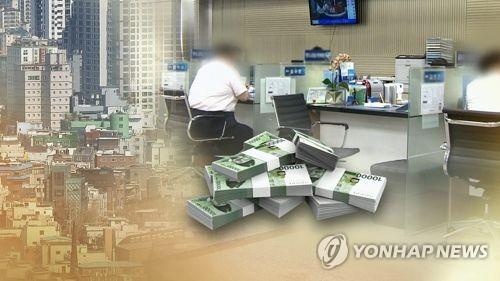