SEOUL, March 5 (Yonhap) -- Until the new coronavirus broke out in South Korea, Park Yoon-ha was happily looking forward to meeting her first child this fall.

But as the number of infections spiked, her daily commute on the subway and time at work became tinted with fear as she grew anxious about her own health and her child's.

As the outbreak showed no signs of abating, the government launched a "social distancing" campaign, with major companies like LG and Kakao advising employees to work from home. 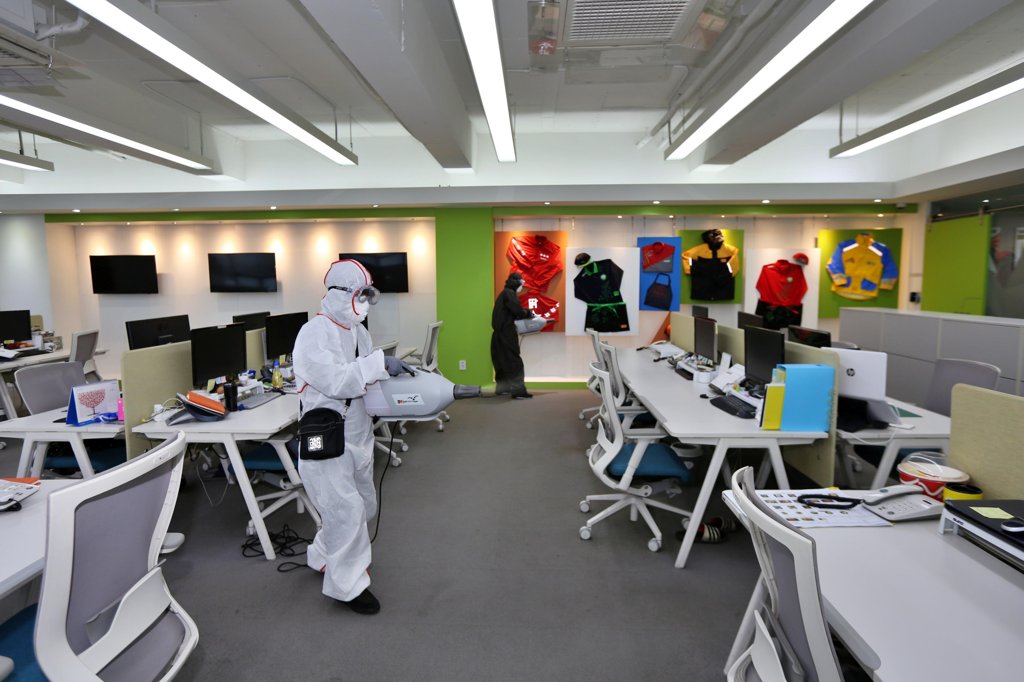 But such an option was initially not available to Park, who works in a midsized company that specializes in health care marketing.

"My company didn't announce remote working even after the disease alert was heightened to the highest level. I had to ask first and wait for my request to be approved," said Park, who asked to be identified by an alias.

"In small and midsized companies, you have to really speak up to be heard," the 33-year-old went on. "This is more difficult for pregnant women in real life. You don't want to be wrongly stigmatized since you would need the company's approval to go on maternity leave and return to work."

Park said she feels much safer simply by not having to get on a crowded subway for her commute.

But many women, including one who wrote an online petition on a site run by the presidential office, are still waiting for their companies to begin remote working.

The petition, which more than 1,000 have signed as of Thursday, asks the government to mandate a remote working policy for all pregnant women.

"I understand that companies may be fretting about work productivity falling when remote working becomes the norm, but still, I hope there are temporary measures for those who are more vulnerable," Park said.

Meanwhile, employees at smaller firms are not the only ones asking for stronger safety measures against the new coronavirus.

The education ministry has postponed the new school semester that was scheduled to begin on March 2 until March 23 to prevent transmissions at schools. Only emergency child care is provided for children who cannot be taken care of at home. 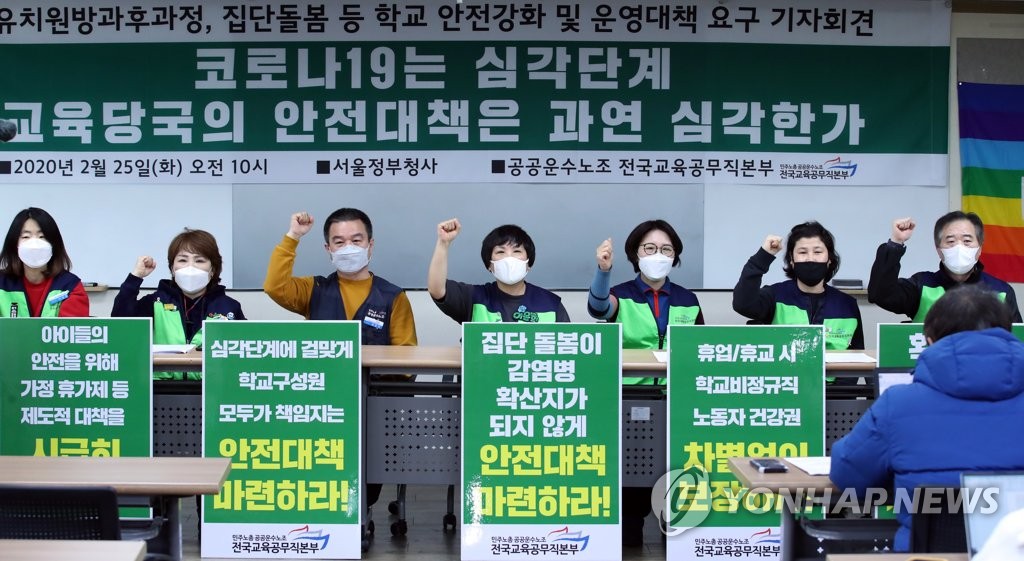 On Feb. 25, an umbrella group representing teachers held a press conference, claiming that the safest measure would be to suspend those classes.

If the plan is inevitable, the government should draw up stronger safety measures and more compensation for those who have to continue their work as usual, they said.

Delivery workers, whose workloads have surged in line with a jump in online shopping, have also called for tightened measures.

In a Feb. 27 press conference, Rider Union, an umbrella group that represents delivery workers, asked customers to use prepaid services and urged companies to provide masks to workers who have to continue to work.

Workplace safety is likely to remain an issue for the time being as the country's fight against the new coronavirus prolongs.

As of Thursday, South Korea has reported 5,766 infections in the country since confirming its first case on Jan. 20.