The temperature checks will be conducted on passengers bound for the United States, China and the United Arab Emirates in three stages: the first at the entrance of the airport's terminal, the second at the floor for departures and the last at the boarding gate for each flight to the three countries, the statement said. 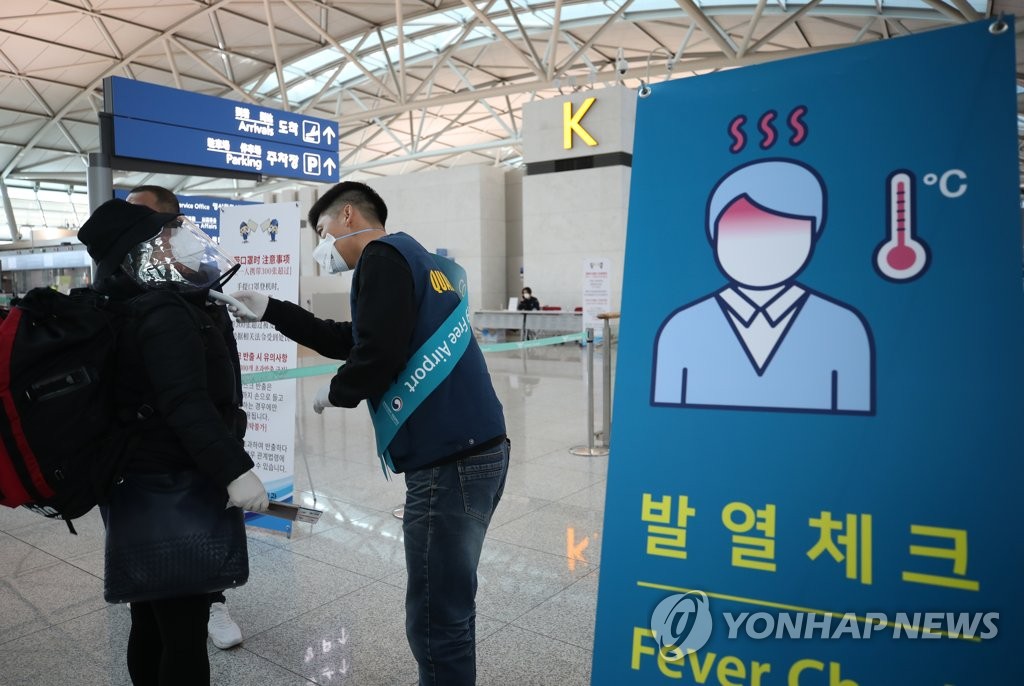 Passengers not headed for the three countries are subject to the first two rounds of temperature checks, it said.

The three countries requested South Korea conduct temperature checks on passengers inbound from Incheon as they grapple with rising concerns about air travel over the potentially deadly respiratory illness.

Korean Air Lines Co., South Korea's top airline, has conducted temperature checks of passengers on all flights departing from Incheon to the U.S. since Feb. 29.

In extended efforts to curb the virus, the national flag carrier on Thursday began checking temperatures of all outbound passengers on its international routes and disinfecting the cabin of flights to the U.S. and those arriving from China.

Asiana Airlines Inc. said it will take the same measure starting Friday. Passengers bound for China will not be allowed to board the plane if they have a temperature of over 37.3 C. Those flying to the U.S. and other regions could be refused if their temperature is measured at 37.5 C or higher.

Local airlines have suspended or reduced flights on most of their international routes since early this month as people opt not to travel amid virus fears and governments' restrictions on entry from South Korea.

As of Thursday, at least 98 countries and territories are imposing entry bans or stricter quarantine procedures for people from South Korea, which has reported a total of 6,088 confirmed coronavirus cases and 41 related deaths.