Earlier in the day, the government submitted the 11.7 trillion won (US$9.9 billion) supplementary budget bill to the National Assembly as it seeks to better deal with the novel coronavirus and minimize its economic fallout.

During a budget speech at parliament, Prime Minister Chung Sye-kyun said the pace of COVID-infections is faster than expected, stressing the urgency of beefing up quarantine measures.

"To better handle a surge in COVID-19 patients and prevent the disease from spreading nationwide, we urgently need to supplement medical resources and strengthen quarantine measures," Chung said.

He noted the country needs special measures to swiftly end the virus outbreak and prop up the Korean economy.

"It is very desperate that fiscal spending should be carried out in a bold and preemptive manner," Chung said.

South Korea has reported 5,766 confirmed cases since the outbreak started on Jan. 20. More than half the cases have been traced to a branch of the Shincheonji religious sect in the southeastern city of Daegu.

"The government will swiftly implement the extra budget so as to end the COVID-19 situation, revitalize the economy and stabilize people's livelihoods as soon as the bill is passed," he said.

Rival parties earlier agreed to handle the budget proposal during the current extraordinary parliamentary session that will end on March 17. 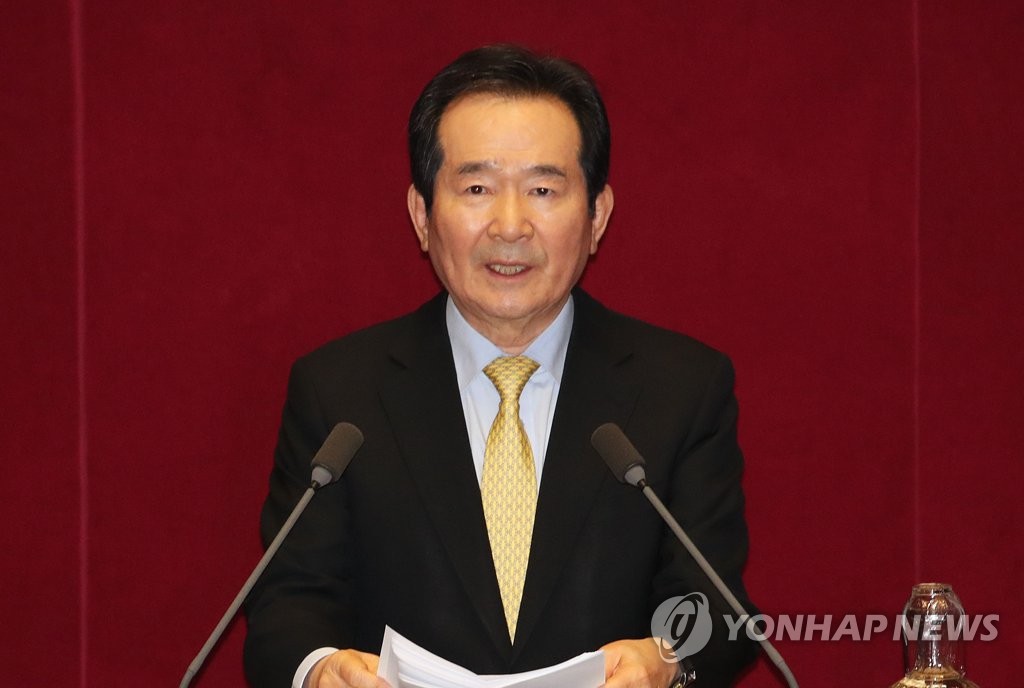