SEOUL, March 6 (Yonhap) -- While many nations around the globe are struggling to stem and contain the spread of the novel coronavirus, South Korea's own creative ideas and technological prowess in its fight against the new virus are drawing attention from its peers.

South Korea has so far reported more than 6,000 COVID-19 infections, second only to China, the epicenter of the global outbreak, but some of its quarantine and virus-testing solutions are generating buzz around the globe.

One of them is a drive-through coronavirus testing clinic, at which examiners can take samples from people in their cars, with some countries apparently benchmarking the idea. 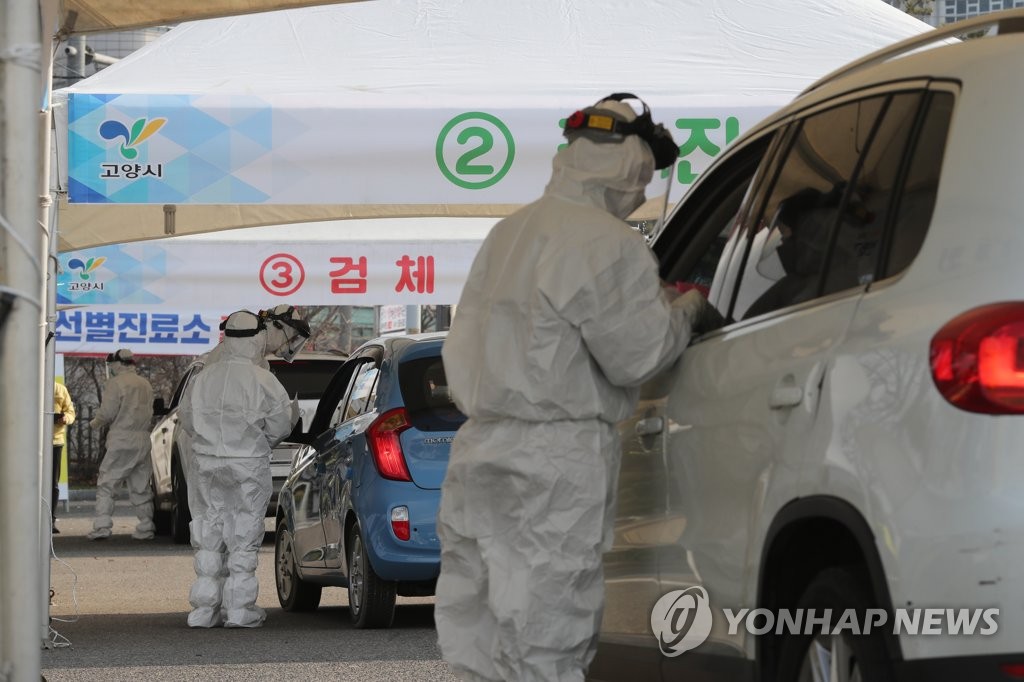 Jeffrey Jones, who leads the American Chamber of Commerce in Korea (AMCHAM), called South Korea's drive-through clinic system a "creative approach," while BBC Seoul correspondent Laura Bicker said it was "such a clever idea" on her Twitter feed.

Under the system, a driver does not have to get out of their car and only needs to open a window to be checked for fever or have samples taken by medical staff in protective suits. It takes about 10 minutes to complete the entire process.

"I don't know who first thought of this, but it's really a great idea," said Kim Ji-hye, a citizen in Daegu who visited a drive-through clinic on Tuesday. "I went to the drive-through center because I wanted to avoid contact with other people." 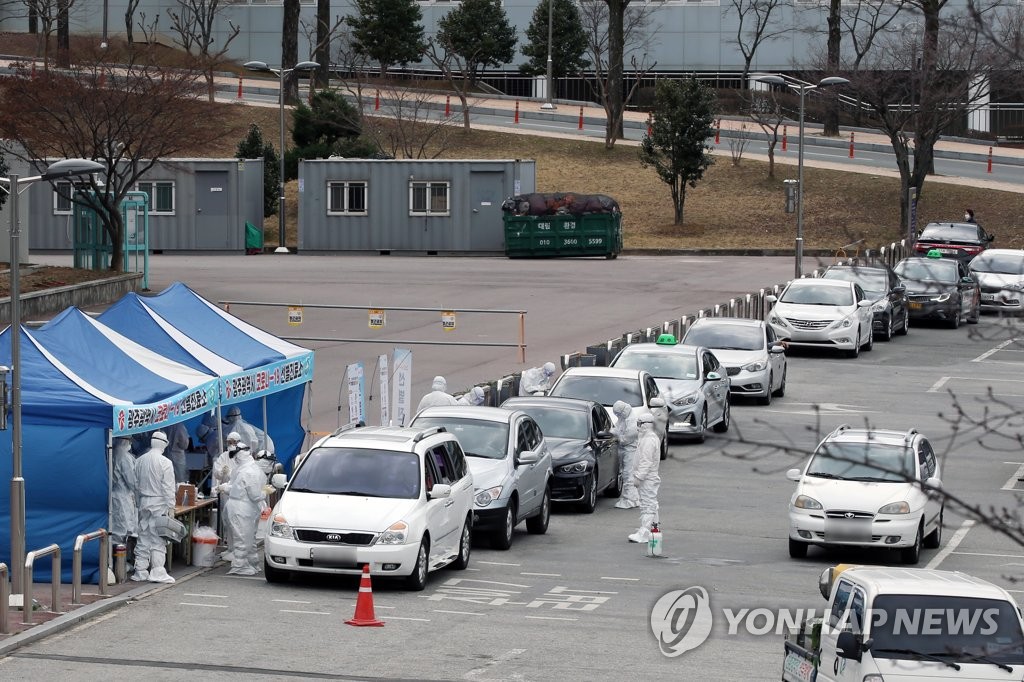 Shin Hee-jun, a doctor at Soonchunhyang University Hospital in Bucheon, west of Seoul, said the drive-through testing system was inspired by a counter-terror drill that included distributing drugs and medical supplies to civilians.

Shin is one of the doctors who took part in the Korea Centers for Disease Control and Prevention (KCDC)'s research project in 2018 and discussed the idea of a drive-through clinic.

"The point of the drive-through system is to save time testing and minimize risk of people getting infected in the testing area," he said. "If there were no mass infections in Daegu, I doubt that drive-through clinics would have gained this much attention. But we are now in a critical situation and it has become an important tool."

The testing capability of a drive-through clinic depends on each center's workforce and operating system, but it can generally collect samples from six people per hour, three times faster than a normal coronavirus testing clinic, according to officials.

So far, there are about 50 drive-through testing stations in South Korea, but the number is expected to rise as many municipal governments are considering opening them in their regions.

The government said it will soon distribute operation guidelines for drive-through clinics so that more municipalities can set them up. 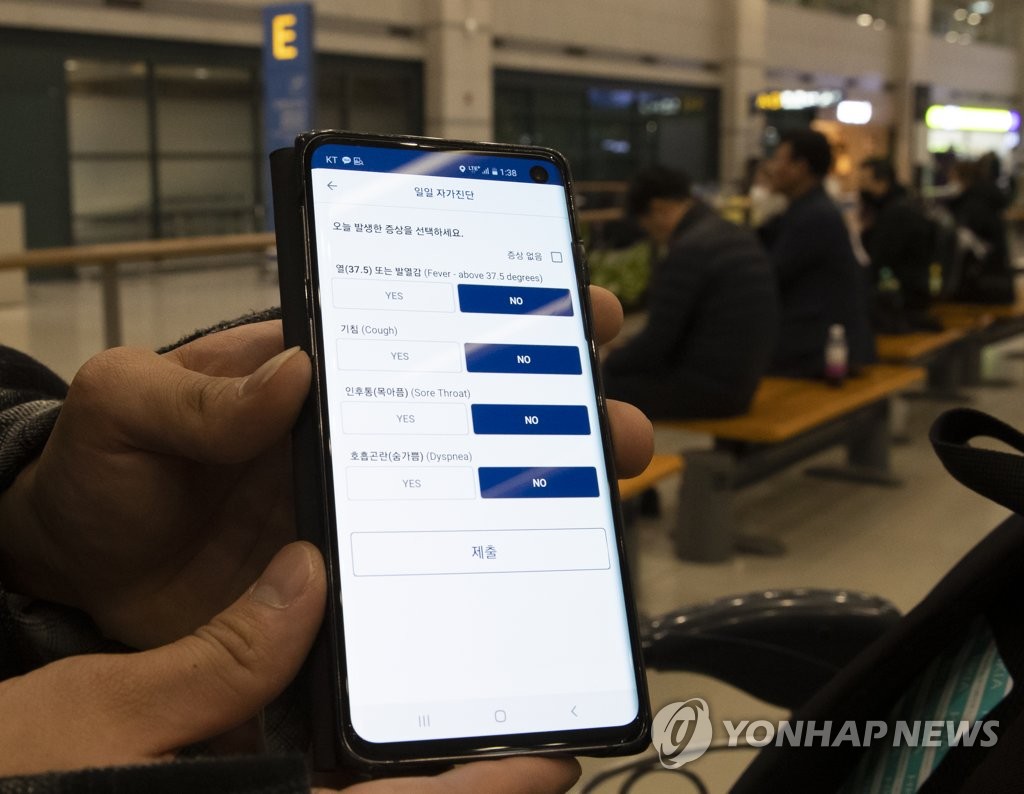 South Korea, often recognized as one of the world's most wired countries, is also utilizing its mobile technologies to curb the spread of the new coronavirus.

The Ministry of Interior and Safety said it has developed a mobile application which allows municipal authorities to better monitor those ordered to enter self-quarantine.

The app, which will go live on Saturday, uses GPS and will send a warning if people leave their quarantine zone.

As of Tuesday, 34,000 people have put themselves into self-quarantine and 28,000 civil servants have been assigned to monitor them, according to the safety ministry.

"This app was developed for the efficient and speedy management of people in self-isolation," a ministry official said. "It will support English and Chinese, so that foreigners can also use the app."

South Korea has already been utilizing mobile applications to keep tabs on people who came from virus-hit countries.

Last month, Seoul required those from China, Hong Kong and Macao to download a mobile self-diagnosis application and report their health status in real time to authorities.

Since the country reported its first coronavirus case on Jan. 20, multiple digital services that provide information on the country's coronavirus outbreak have also emerged in the market. 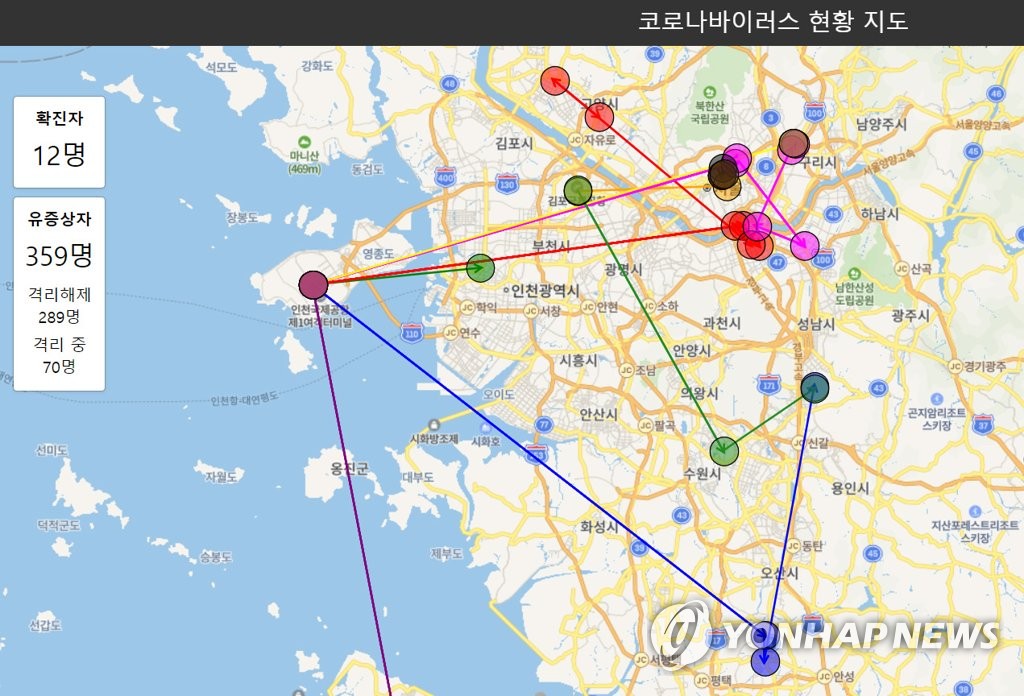 Corona Map (https://coronamap.site/) and similar tools have become popular by providing information on how many COVID-19 patients have visited various locations.

It uses different colors -- green, yellow and red -- to show the risk of visiting affected sites. A red circle means that a patient visited the place less than 24 hours ago, while a yellow circle means someone was there up to eight days and green that more than nine days have passed.

"Drones can cover a large area in a short time and don't require much of a human workforce, which is very good for disinfection work against the virus," said an official at the Korean Red Cross in Daegu.