SEOUL, March 5 (Yonhap) -- Japan decided Thursday to tighten entry restrictions on arrivals from South Korea and China starting next week amid concerns over the spread of the new coronavirus.

Japanese Prime Minister Shinzo Abe announced after a government meeting that those flying in from the two virus-hit neighboring countries will be quarantined at a designated place for two weeks. They will also be requested not to use public transportation.

The new measure will be effective from next Monday through the end of this month.

Tokyo's has already imposed an entry ban on people arriving from the South's two southeastern regions -- Daegu city and North Gyeongsang Province -- where the bulk of COVID-19 cases have been reported.

Abe hinted at the possibility of expanding the entry ban for other virus-hit regions in South Korea and invalidating all arrival visas that have been issued to Koreans and Chinese.

He also said that all incoming flights from the two countries will only be allowed to land in Narita Airport, the main gateway to Tokyo, and Kansai Airport in Osaka.

Following the announcement, Kim Jung-han, director-general for Asia and Pacific affairs at Seoul's foreign ministry, met with Hirohisa Soma, a senior official from the Japanese embassy in South Korea, to "hear the Japanse side's explanation" of the tightened restriction, the ministry said.

South Korea has so far reported 6,088 confirmed cases of the novel virus and 41 deaths.

Japan has nearly 1,050 patients infected with the virus, including some 700 from the virus-hit cruise ship that had been quarantined in Yokohama, according to its health authorities. It has reported 12 fatalities linked to the virus. 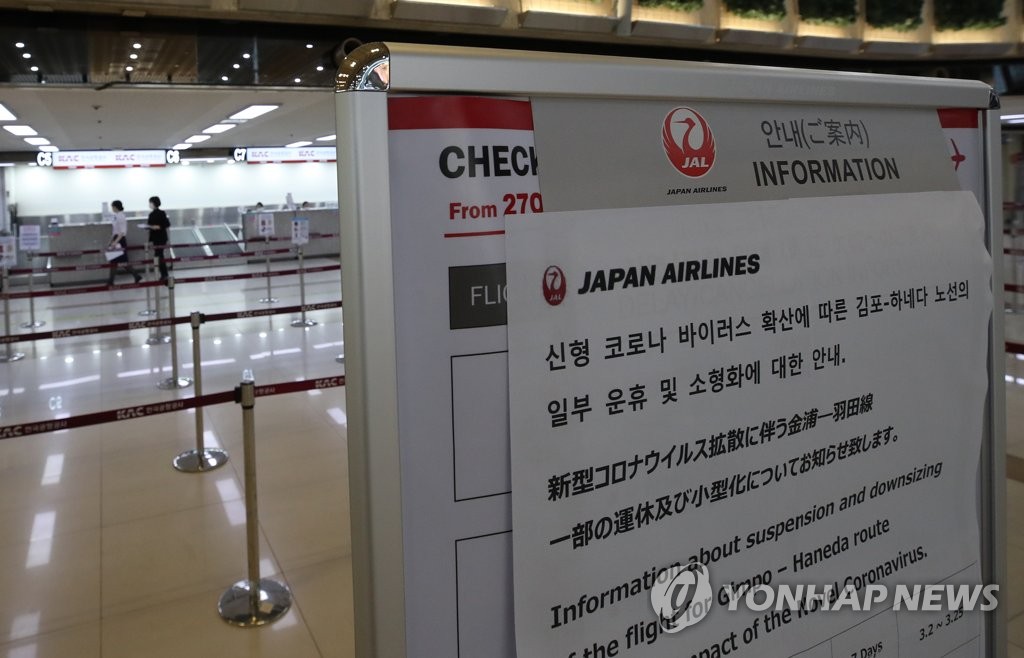