SEOUL, March 6 (Yonhap) -- The next few days will be a crucial juncture in fighting the new coronavirus in South Korea, as there are signs of a slowdown in the number of new confirmed cases in the wake of the country's quick and large-scale testing on followers of a religious sect at the center of the virus outbreak here.

But sporadic and mass infections at hospitals and nursing homes, along with increasing community spread, still have put the country's health authorities on high alert.

As of midnight, South Korea reported a total of 6,284 COVID-19 patients since its first confirmed case on Jan. 20, with more than 60 percent of them linked to the Shincheonji Church of Jesus in the southeastern city of Daegu, the epicenter of the virus outbreak here, according to the Korea Centers for Disease Control and Prevention (KCDC).

The number of daily new infections -- after peaking last Saturday -- continued its downward trend, with the majority of new confirmed cases coming from Daegu, the country's fourth-largest city with a population of 2.5 million. 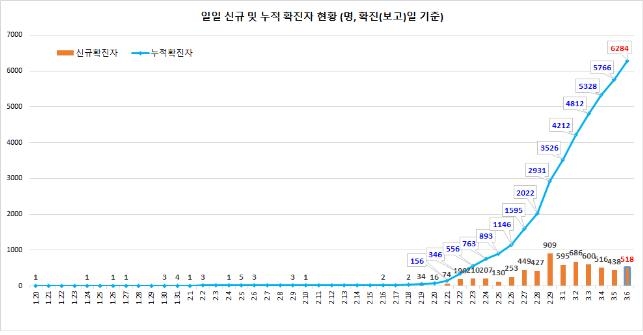 The number briefly spiked to 909, marking the biggest daily jump, last Saturday, according to the KCDC data. Last Sunday's additional cases came to 595, with 686 new cases detected on Monday, 600 on Tuesday, 516 on Wednesday and 438 on Thursday. Friday's new cases rose slightly to 518.

Aside from Daegu and neighboring North Gyeongsang Province, the number of daily new virus infections in other parts of the country had remained in the 30s over the past few days, the data showed.

The downturn in the number of new cases can be interpreted as a sign of the country approaching the so-called inflection point in the virus outbreak as the health authorities completed an epidemiological investigation of more than 210,000 members of the Shincheonji Church of Jesus, which is largely responsible for most of the country's virus cases.

According to the KCDC, a total of 3,917 virus patients had been traced to the religious sect as of Friday, accounting for 62.3 percent of the total infections here.

Kim Gang-lip, vice health minister said it is too early to say whether new virus cases will stay high or not down the line, although the numbers of new cases in Daegu, the epicenter of virus outbreak here, may decline.

"It is too premature to talk about the future trend (of the virus outbreak)," Kim told reporters in a daily briefing. "Despite virus tests on Shincheonjin followers and surveys of others, second and third virus transmission are taking place."

He said more mass infections may come and the authorities will remain vigilant going forward. 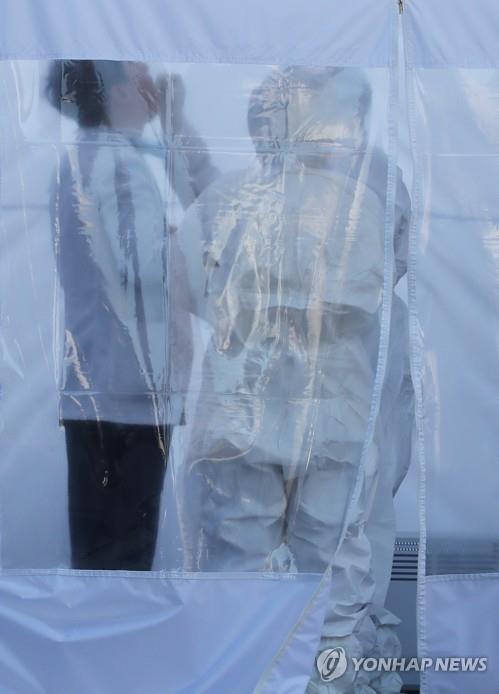 Most of the country's COVID-19 patients are classified as so-called mass infection cases, meaning that prompt and massive epidemiological investigation and quarantine efforts can possibly prevent further sporadic cases down the road.

As of Friday, 71.7 percent of the COVID-19 cases are classified as cluster infection cases, with another 28.3 percent of the cases either labeled as sporadic infections or under investigation.

The country's health authorities have checked some 160,000 people since Jan. 20, when South Korea reported its first case of COVID-19.

The country is currently testing 9,000 to 10,000 people a day, which is significantly more than the numbers being screened in all other countries that have been affected combined.

In late January, South Korea was only able to test a modest 200 people on a daily basis. 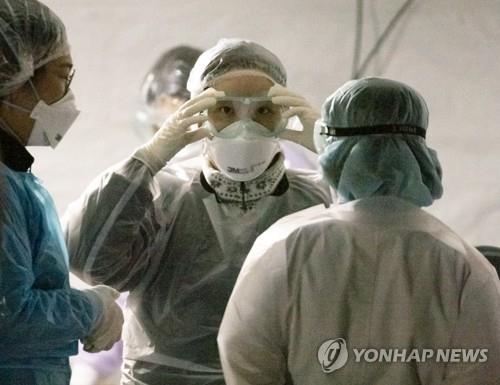 Various anti-virus measures to slow down additional outbreaks, such as actively practicing social distancing, are also expected to show some efficacy over the next several days.

Many local businesses in the country introduced social distancing measures in late February such as adopting teleworking and flexible working hours to allow their employees to work from home.

But just a mere decline or slowdown in new daily coronavirus cases does not guarantee that the potentially deadly disease is under control, experts said, citing persistent threats from other parts of the country. 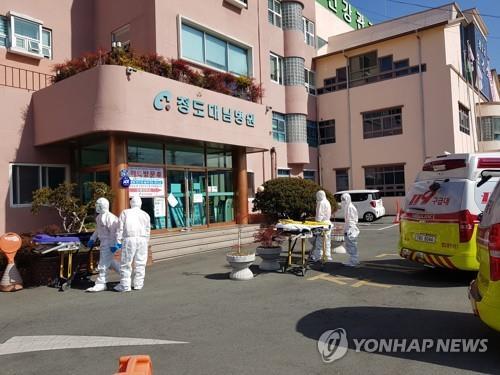 Keen attention should be paid to possible increases in new cases that involve secondary or tertiary transmission in Daegu and North Gyeongsan over the next several days, health experts say.

Aside from Daegu and North Gyeongsang, cases of community spread with unknown origins, mostly cluster and sporadic outbreaks, have been on a gradual rise, according to the KCDC.

The second-largest cluster case after the one related to Shincheonji followers is from Daenam Hospital in Cheongdo, near Daegu. A total of 119 patients and medical staff at the hospital have been infected with the virus.

Seoul has reported a total of 65 COVID-19 patients who are linked to clusters of infections resulting from so-called community spread, the KCDC said. Of them, a total of 14 virus patients were linked to Eunpyeong St. Mary's Hospital in Eunpyeong Ward. Another 13 cases in Seoul came from an apartment building in Seongdong Ward.