SEOUL, March 5 (Yonhap) -- President Moon Jae-in spoke by phone with the leaders of the United Arab Emirates (UAE) and Egypt on Thursday and discussed joint efforts to cope with the new coronavirus, the presidential office Cheong Wa Dae said.

Moon asked for understanding over the decision to postpone his visit to the two countries, originally planned for mid-March, due to the COVID-19 outbreak in South Korea.

South Korea has seen a rapid spread of infections since it reported the first case on Jan. 20. The country had reported over 6,000 confirmed cases and 41 deaths as of Thursday. 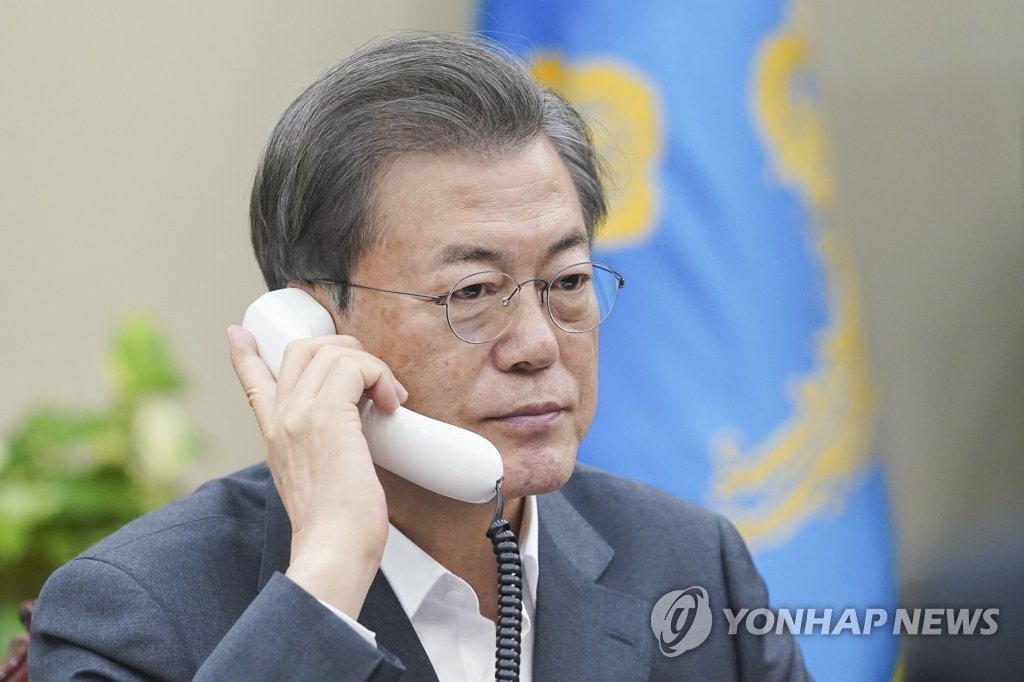 He said that the country has been transparent with the daily public disclosure of statistics related to the virus infections.

The UAE crown prince said he deeply trusts Korea's active quarantine efforts and strong capabilities in fighting the virus, adding that his country will actively cooperate with Korea in overcoming the virus.

El-Sisi also spoke of Korea's advanced response system and said he believes Korea will overcome the current situation through its stringent quarantine steps and advanced medical technology, according to Moon's office.

This year marks the 40th anniversary of the establishment of South Korea's diplomatic relations with the UAE, and 25th anniversary with Egypt.