Belgium, Britain, Estonia, France and Germany -- all members of the United Nations Security Council -- issued the statement three days after the launch, which South Korea's military said appeared to be of two short-range ballistic missiles.

The five countries are "deeply concerned by the testing of ballistic missiles" by North Korea, German Ambassador to the U.N. Christoph Heusgen told reporters at the U.N. headquarters in New York, flanked by his counterparts from the other four nations. 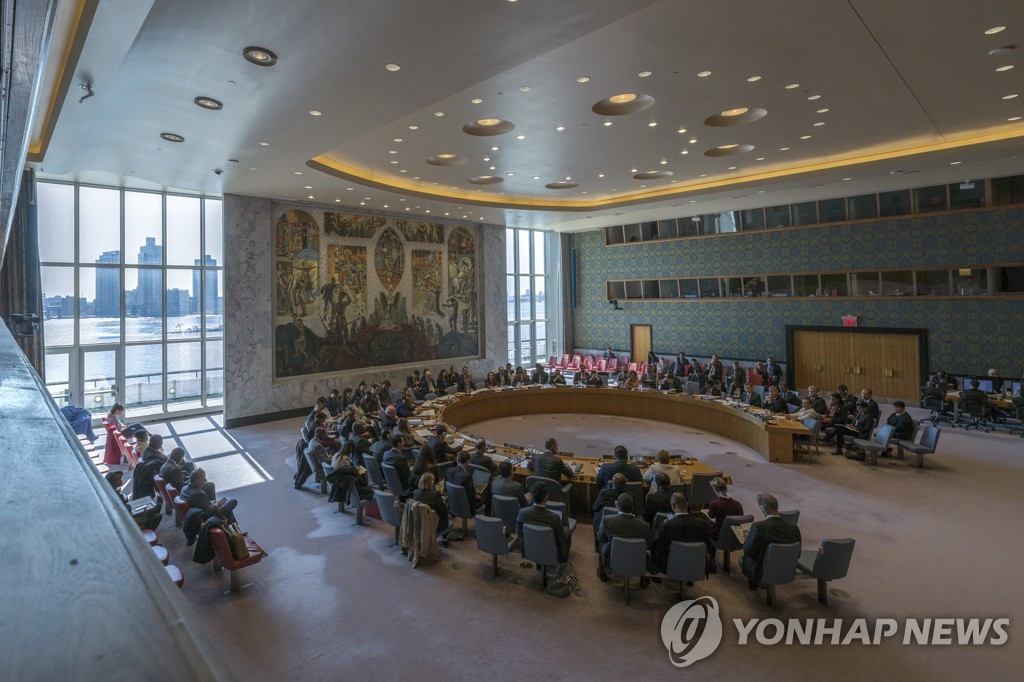 "We condemn such provocative actions. They undermine regional security and stability, as well as international peace and security, and they are in clear violation of unanimously adopted U.N. Security Council resolutions," he said, referring to resolutions banning the North from testing ballistic missile technology.

This week's launch was the first of its kind in about three months and came as denuclearization negotiations between Washington and Pyongyang remain stalled.

The European nations urged the North to return to the talks.

"We continue to urge the DPRK to engage in good faith in meaningful negotiations with the United States aimed at denuclearization, to take concrete steps to abandoning all weapons of mass destruction and ballistic missile programs in a complete, verifiable and irreversible manner, and to refrain from further provocations," Heusgen said, referring to the North by its official name, the Democratic People's Republic of Korea.

"There is no other way to achieve security and stability on the Korean Peninsula. Continued provocations risk undermining the prospect for successful negotiations," he added.

Meanwhile, the ambassador said, the international community should continue to enforce sanctions on Pyongyang.

"It is vital that the Security Council ensures full implementation of its resolutions and that sanctions remain in place," he said. "We call on the international community to comply with the obligation to strictly enforce these sanctions, including by reporting on their implementation, in accordance with the resolutions adopted by the council."