WASHINGTON, March 5 (Yonhap) -- New York City is asking residents returning from South Korea and four other countries to self-isolate for 14 days as a precautionary measure against the spread of coronavirus, the office of the city's mayor said Thursday.

The office of Mayor Bill de Blasio announced the measure as the number of infections in the state of New York doubled overnight to 22. 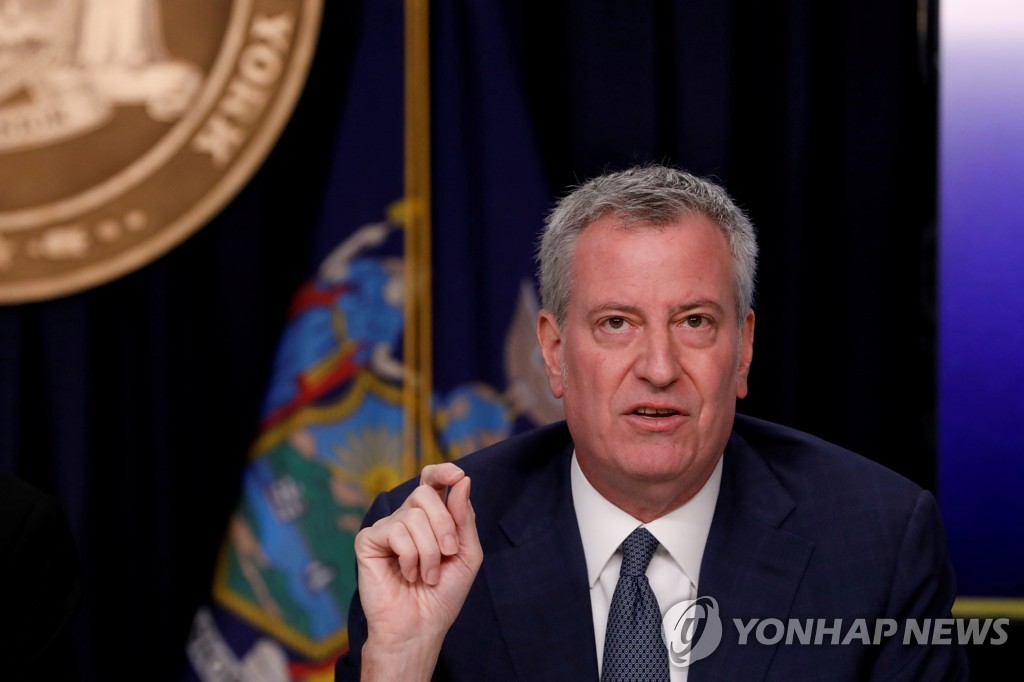 "The Department of Health is asking New Yorkers who return from the following countries to self-isolate for 14 days as a precaution: China, Iran, Italy, South Korea, and Japan," it said in a press release.

He said the students will come back on a chartered plane and then be quarantined for 14 days in dormitory settings. The study abroad programs were being suspended, effectively immediately, he added.

The U.S. State Department has issued the second-highest travel advisory for South Korea, urging Americans to reconsider travel there, and the highest level for Daegu, asking that they do not travel to the country's hardest-hit city.

The U.S. Centers for Disease Control and Prevention has also issued the highest-level travel notice for South Korea, recommending that Americans avoid all nonessential travel to the country.

As of Thursday, there were 6,088 cases of the coronavirus in South Korea, with 42 deaths.