Kang met Tomita hours after the ministry voiced "extreme regrets" over Japan's plan to request a two-week quarantine for visitors from South Korea. 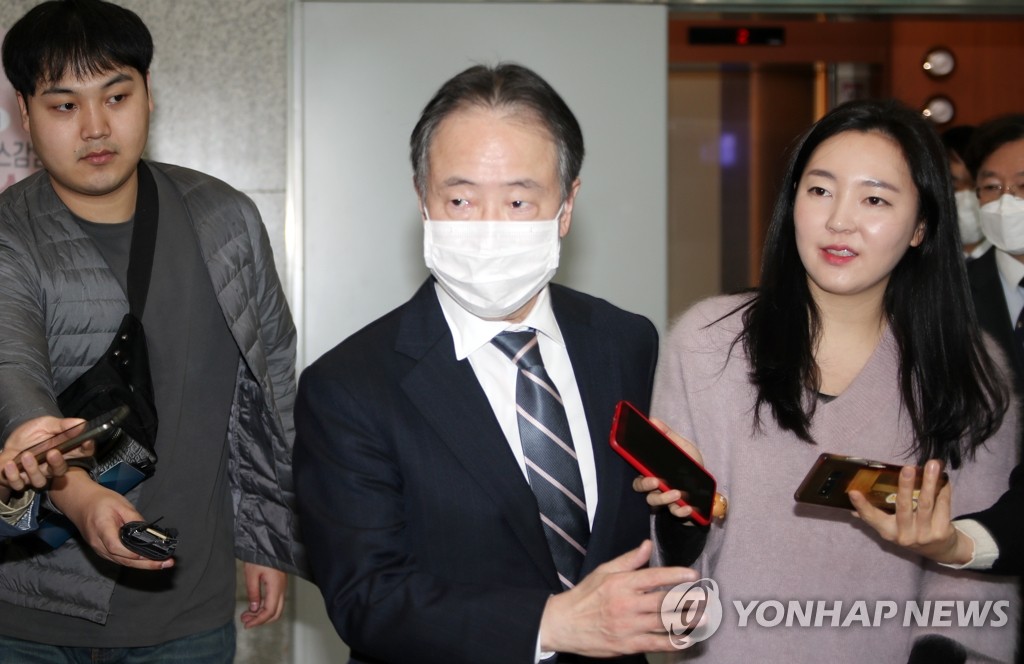 Earlier in the day, the presidential office Cheong Wa Dae also expressed "strong regrets" over Japan's measures, after it convened a standing committee session of the National Security Council (NSC).

At the session, NSC members decided to weigh "necessary measures based on the principle of reciprocity."

The foreign ministry said that it is mulling "all possible" corresponding measures, while urging Tokyo to rethink the measures.

As for the possible measures, observers said that Seoul could consider restricting the entry of people from Japan and halting the 90-day visa-free program for Japanese visitors.

But South Korea could face a dilemma, as it has not taken any tit-for-tat steps against the countries that have been enforcing entry bans or other forms of restrictions on Korean travelers.

In particular, Seoul did not take any action after Chinese provincial authorities quarantined some 860 South Koreans as precautions.

As of midnight, South Korea has reported 6,284 confirmed cases of the novel virus and 42 deaths. As of 10 a.m. Friday, 102 countries and territories planned to enforce or were imposing entry restrictions or stricter quarantine programs for people from South Korea.