SEOUL, March 6 (Yonhap) -- The outbreak of the novel coronavirus in South Korea may adversely affect trade and investment, in addition to various problems it is already causing, according to the country's finance minister on Friday.

"Difficulties are apparently accumulating and becoming real in most areas of the real economy, such as local consumption, production and exports, as consumer sentiment and business activities weakened greatly due to COVID-19," Finance Minister Hong Nam-ki said in a meeting with economy-related ministers. 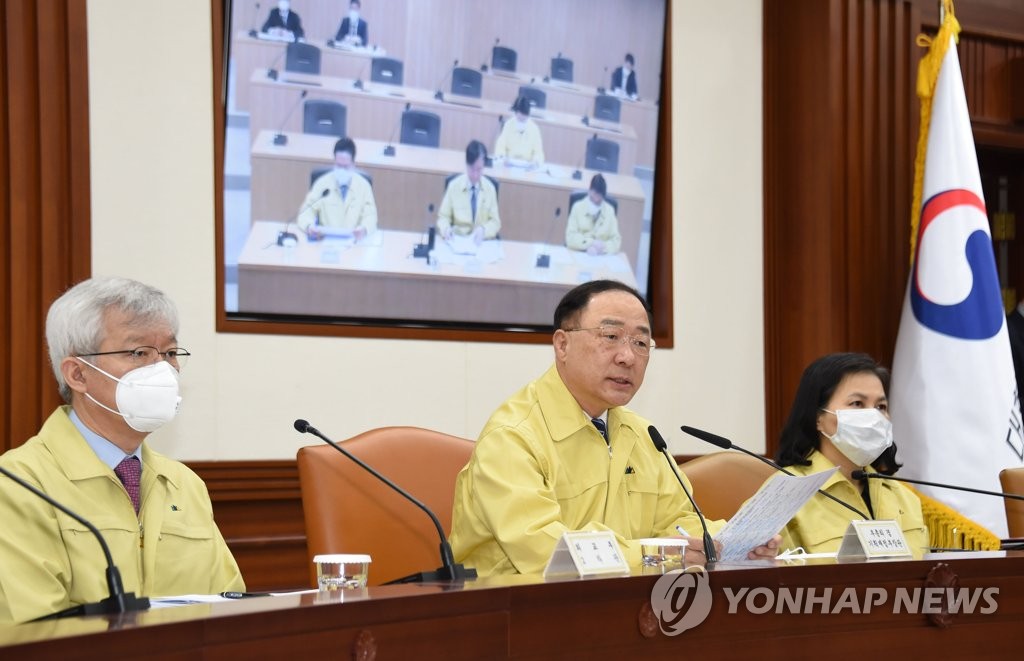 "With the number of countries restricting the entry of visitors from South Korea growing, it may also create additional restrictions on business activities, including trade and investment," he told the meeting.

The rise in exports, however, was solely attributed to an increase in the number of working days in the month as the daily average of exports plunged 11.7 percent, compared with a 4.6 percent increase in January.

Hong's remarks came shortly after Japan joined the list of countries applying or soon to apply entry restrictions on people arriving from South Korea and other countries affected by COVID-19 outbreaks.

South Korea has reported more than 6,000 infection cases since its first confirmed case on Jan. 20.

So far, some 40 countries are said to have banned the entry of visitors from South Korea, while 50 others are placing quarantine procedures on people arriving from South Korea.

The Bank of Korea has slashed its 2020 growth outlook for Asia's fourth-largest economy to 2.1 percent from the previous 2.3 percent, partly citing an inevitable drop in local spending caused by the virus outbreak.

Hong said the government will do its utmost to prevent unnecessary fears.

"It will provide accurate information about the country's quarantine efforts, economic conditions and stimulus measures to credit rating agencies and foreign investors ... (and) it will do its utmost to maintain their faith and confidence in the South Korean economy," he said. 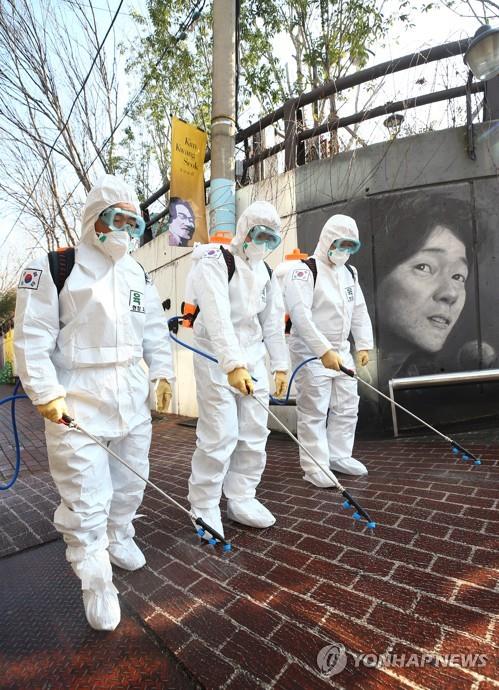 The government has submitted a bill to the National Assembly asking for 11.7 trillion won (US$9.84 billion) in extra budget to fight the virus and also to boost the local economy.

The extra budget, if approved, will mark the country's largest-ever supplementary budget to counter the fallout from a virus outbreak, and only the fourth of its kind to be formed and implemented in the first quarter.

The finance ministry said at least 75 percent of the proposed extra budget will be executed within two months following its approval by the parliament as the country races to minimize economic fallout from the coronavirus outbreak.

"First, the government will monitor the financial and foreign exchange markets around the clock, and take preemptive measures swiftly and accurately under its contingency plan in case of excessive market volatility," the minister said.
(END)