At his first town hall of the 2020 presidential campaign, Trump was asked what he would do with North Korea if reelected, a question that sparked an enthusiastic response from the first U.S. president to meet with a North Korean leader.

"I don't think it's on the minds of too many Americans to be honest with you, but it certainly should be," he started out by saying at the town hall in Scranton, Pennsylvania. "It's big stuff and they do have a lot of power, a lot of nuclear power." 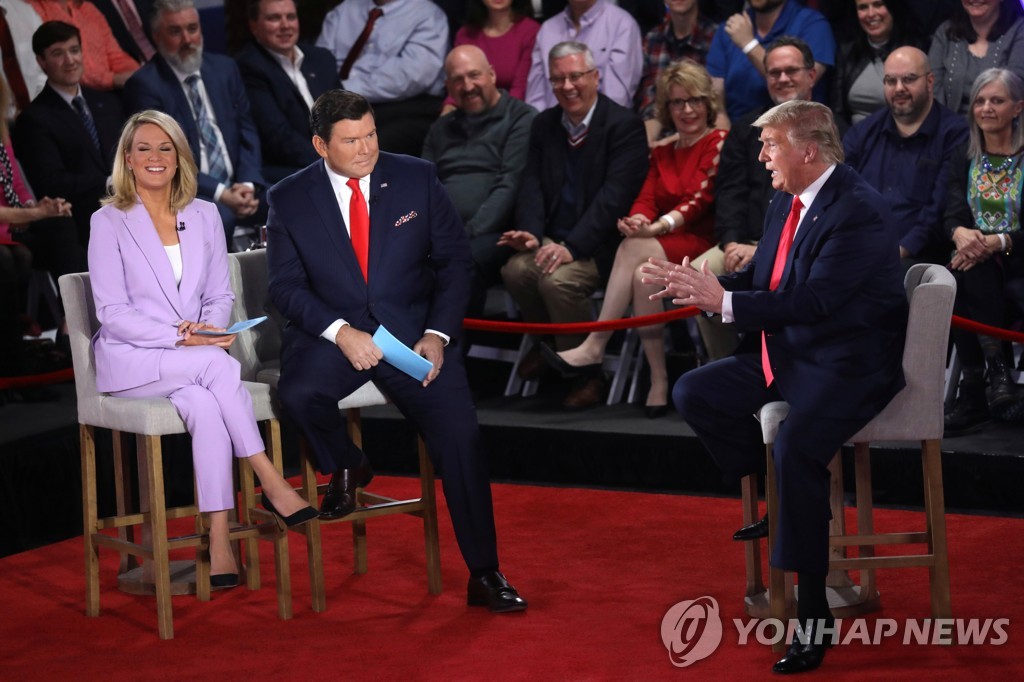 Trump has talked little about North Korea in recent months as denuclearization negotiations between the two countries have remained stalled.

His first summit with North Korean leader Kim Jong-un in Singapore in June 2018 produced an agreement to "work toward" complete denuclearization of the Korean Peninsula, but details to implement the deal have been scant.

Many believe the president is unlikely to invest more energy in the diplomatic effort as he focuses on his reelection campaign.

"We have a very good relationship, understanding," Trump said of Kim. "Let's see what happens, but you know the pundits say, 'Isn't it terrible what he's done?' I gave nothing. I gave nothing. The sanctions are on. They want to see if they can do something, but I haven't given anything. If the other side got in, you would right now be in a big war with North Korea."

Trump again told the story of when then-President Barack Obama told him at the White House that "the biggest problem" facing the United States was North Korea.

"I said, 'Did you ever call him?'" the president recounted. "The answer is yes, he did. But I will tell you -- I don't think they admit that, maybe they do -- but called many times and Kim Jong-un did not want to talk to him, and me he wanted to talk to."

And from there, Trump said, he met with Kim in Singapore, in Vietnam for their second summit in February 2019 and then again at the inter-Korean border in June 2019.

"The first person ever to walk over, you know, from, et cetera, et cetera," he said, referring to him becoming the first U.S. president to step onto North Korean soil.

Trump also took credit for the success of the 2018 PyeongChang Winter Games in South Korea.

"They didn't sell any tickets because nobody wanted to go to the Olympics. All of a sudden North Korea calls up and says, 'We want to be a participant in the Olympics.' Everybody fell off their seat," he claimed. "That was because of me and, by the way, the president of South Korea gives total credit for that."

He stressed: "The bottom line is, I have a very good relationship with him. I cannot guarantee anything, but for three years, we've spent nothing. We're getting sanctions and we're not in war with North Korea, which is not bad."