Around 5,020 service members are quarantined at their bases. Of them, around 820 have either shown symptoms or had direct contact with infected patients, while the remainder recently visited Daegu, North Gyeongsang Province or other virus-hit places such as China.

As of midnight, South Korea had reported 6,284 virus patients, including 42 deaths.

As part of efforts to stem the virus from further spreading, the veterans affairs ministry said it has canceled a planned ceremony to mark the 60th anniversary of a democratic movement that was originally scheduled to take place in the southeastern city of Changwon later this month.

The Korea Army Academy at Yeongcheon was also to hold a scaled-back commencement and commissioning ceremony later in the day without the attendance of the new officers' parents.

Meanwhile, the ministry said it will reduce the number of masks it provides to service personnel in line with the government's decision to restrict the purchase of masks amid supply shortages.

Under the measure set to take effect Monday, people can purchase only two face masks per week from pharmacies on designated days of the week depending on their year of birth. 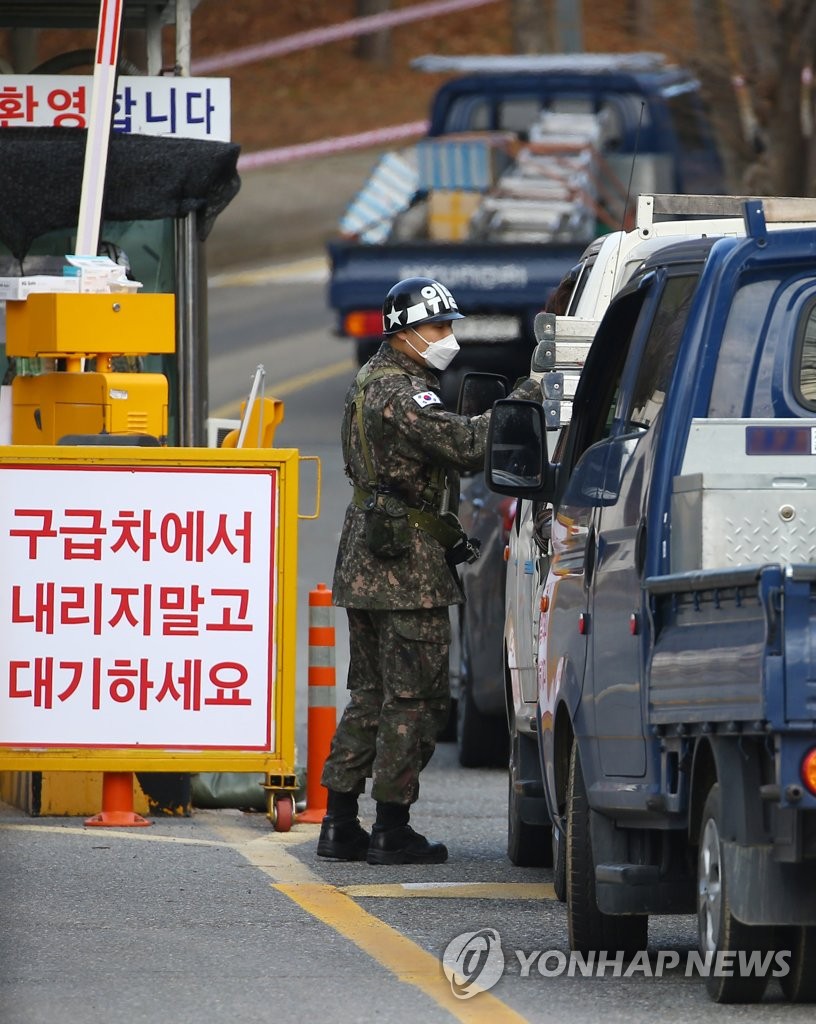 (LEAD) No. of coronavirus cases in military remains unchanged at 34

(LEAD) No. of coronavirus cases in military remains unchanged at 34