SEOUL, March 6 (Yonhap) -- A total of 102 countries and territories were restricting entry or imposing tougher quarantine procedures on people from South Korea on Friday, including Japan, which has further tightened its procedures over coronavirus fears.

The number of countries and territories planning to enforce or imposing entry bans on people who have traveled to South Korea in the past two weeks was unchanged at 37 at 10 a.m., according to the foreign ministry.

Six countries and territories have imposed entry bans on people from parts of Korea, such as southeastern city of Daegu and nearby North Gyeongsang Province, where the bulk of COVID-19 infections have occured.

Japan was still among the six after it unveiled a plan Thursday to expand its entry ban to cover foreigners flying in from seven other cities and counties near the South's two epicenters of the virus outbreak. The new measure is set to take effect Saturday.

Japan also announced it will temporarily adopt a two-week quarantine period for all passengers, including its own citizens, arriving from South Korea and China from Monday to the end of this month.

A total of 15 countries and territories, including 17 Chinese provinces, are currently quarantining people from South Korea or other virus-affected countries at designated facilities.

Mauritania, a country in northwest Africa, has been added to the list. Belarus was also moved to this list from the list of countries taking less strict actions, as it began to put students from Korea, Japan, Italy and Iran under quarantine, on top of a 14-day monitoring of foreigners.

The number of countries and territories imposing stricter immigration controls or recommending quarantine programs for Koreans stood at 44.

Burkina Faso in West Africa was the latest to join to list as it now conducts temperature checks on all arriving passengers, who will be subject to a 48-hour quarantine if they show symptoms.

As of Thursday, more than 1,220 South Koreans, including 860 in China and 318 in Vietnam, were in quarantine around the world.

South Korea added 518 new cases of the coronavirus on Friday, bringing the nation's total number of infections to 6,284, with 42 deaths. 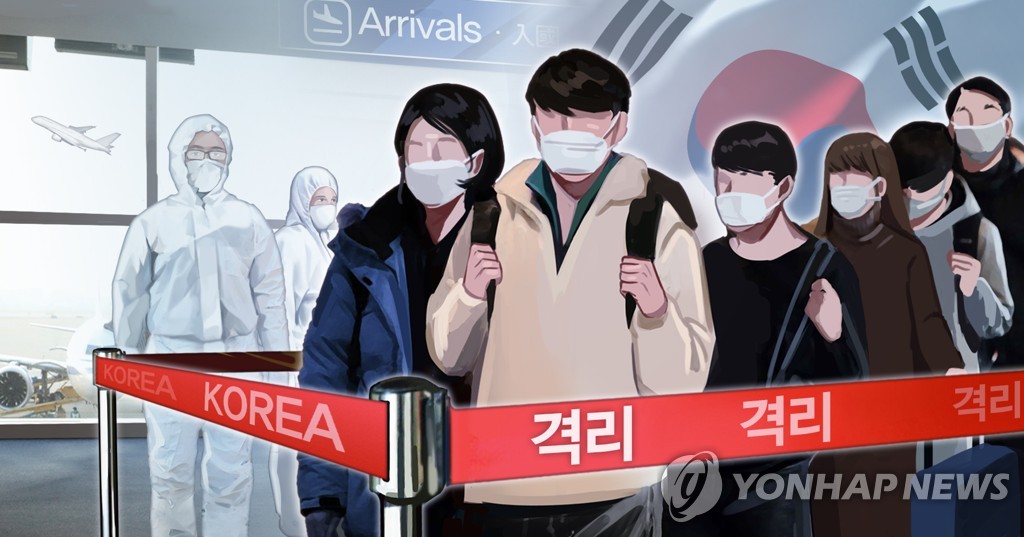