SEOUL, March 6 (Yonhap) -- South Korea's presidential office on Friday expressed "strong regret" over Japan's entry restrictions on people arriving from the South amid the spread of the new coronavirus, saying it may take measures under the principle of reciprocity.

Seoul's warning of possible corresponding steps came one day after Tokyo said people arriving from South Korea and China will be quarantined at designated facilities for up to two weeks, citing concerns over the outbreak of the coronavirus in the countries.

"National Security Council (NSC) members agreed to consider taking necessary steps that may include steps under the principle of reciprocity, noting the Japanese government taking the unreasonable steps without first consulting with our government cannot be understood," the presidential office Cheong Wa Dae said of a NSC meeting held earlier in the day.

South Korea is apparently upset with Japan because Seoul earlier refused to take similar steps on people arriving from countries affected by COVID-19 outbreaks, including Japan, despite repeated public calls to do so as part of efforts to limit the spread of the novel virus.

"While our country is sternly dealing with COVID-19 under its scientific and transparent quarantine system that is highly evaluated by the rest of the world, Japan is losing its faith from the international community because of its ambiguous and passive quarantine efforts," Cheong Wa Dae said.

A total of 102 countries and territories were restricting entry or imposing tougher quarantine procedures on people from South Korea as of Friday.

Some critics said that South Korea has shown an excessively tough stance toward Japan's entry restriction compared with its response to similar measures by other countries including China.

Experts said the strained ties between Seoul and Tokyo may have affected Cheong Wa Dae's angry reaction to Japan's decision.

The NSC said its members also discussed ways to resolve the inconvenience and disadvantages facing South Koreans during overseas stays and travel.

South Korea has reported 6,593 cases of the coronavirus since the outbreak started here on Jan. 20. 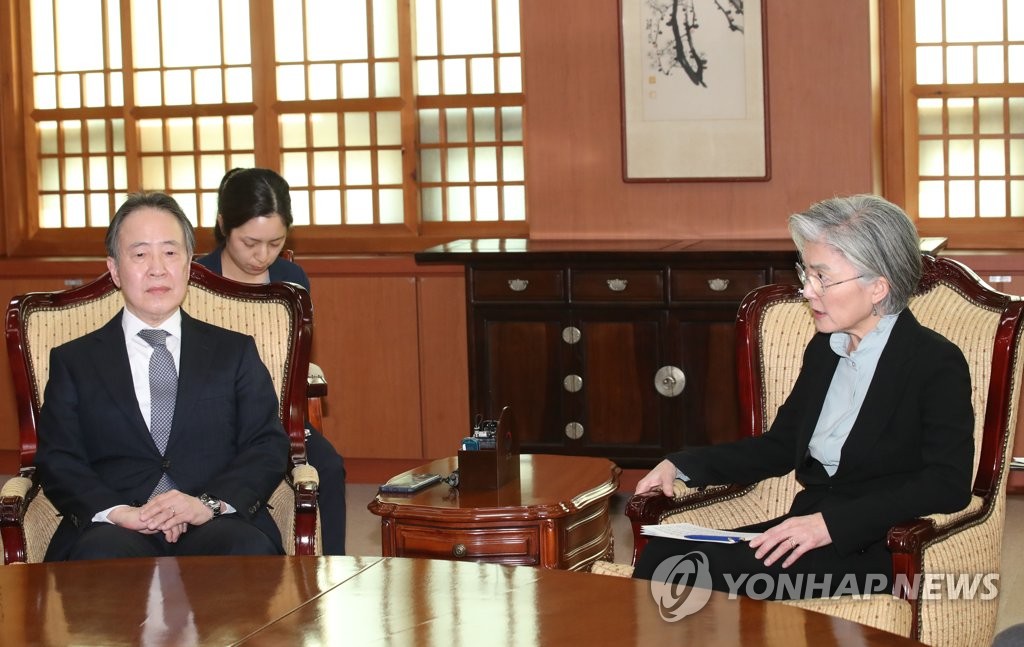