Kang made the appeal as over 100 countries and territories are imposing entry restrictions or tougher quarantine procedures for people arriving from the South, a country hit hard by the outbreak of COVID-19, with its infection tally nearing 6,600.

Seoul has stepped up diplomatic efforts to persuade foreign countries to refrain from what it calls "excessive restrictions" against Koreans.

In the briefing session held for foreign diplomats, Kang requested the countries to refrain from taking excessive measures, reassuring them of Seoul's swift and transparent approach to contain the disease. 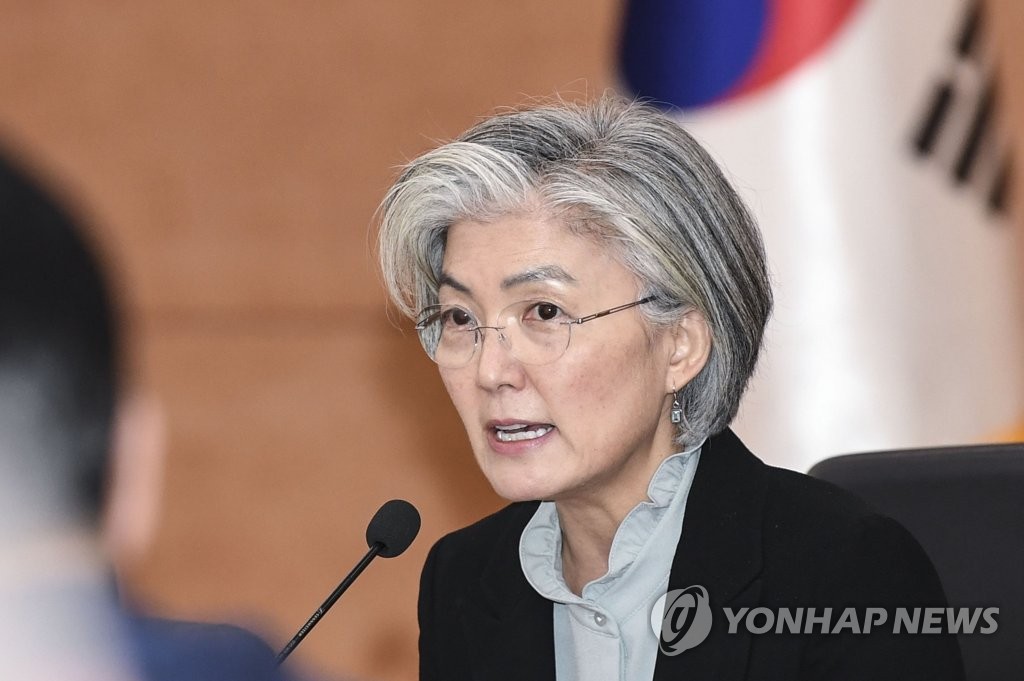 "I do hope that you ... advise your governments of the very thorough measures we're taking, and to be not excessive, but also make any travel restrictions on travelers from Korea commensurate with what we're doing here and what the preparedness is back home," she said in her opening remarks.

"Our approach to this from the very beginning has been to be open and transparent. We inform the public about every development, every action, every change of direction that this government is taking to deal with this public health crisis," she said.

It marked the second such briefing session, after Deputy Foreign Minister Kim Gunn presided over a similar meeting on Feb. 25.

Kang has also spoken to a number of her counterparts around the world to reassure them of Seoul's full commitment to fighting the virus.

Officials from 112 embassies in Seoul, including 47 ambassadors, and other international organizations, attended the meeting. Also on hand at the meeting were officials from the Korean Centers for Disease Control & Prevention (KCDC).

On Friday, South Korea added 309 cases of virus infections, bringing the total to 6,593, with 42 fatalities. 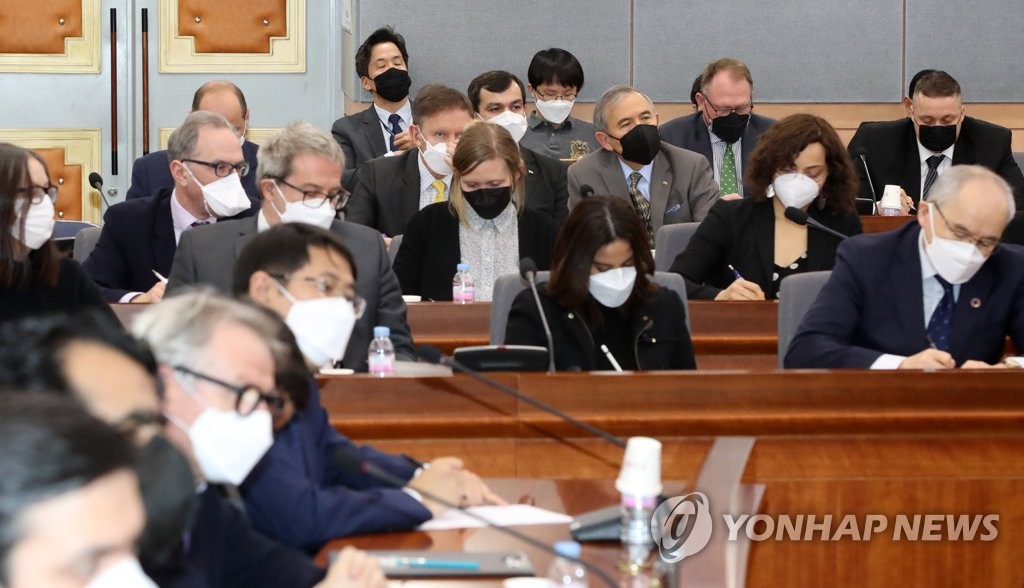