SEOUL, March 6 (Yonhap) -- Samsung Electronics Co. said Friday it will temporarily move some of its smartphone production to Vietnam, after shutting down a local factory following a positive coronavirus test there.

Samsung shut down the factory in the southeastern city of Gumi after a worker tested positive for the new coronavirus. Samsung said the plant will be closed through Saturday, while the floor where the employee worked will be shuttered through Sunday.

Samsung's premium smartphones, the Galaxy S20 series and the Galaxy Note 10, for the domestic market were being mostly produced in Gumi. Its plant in Vietnam will put out up to 200,000 smartphones a month and they will be shipped to South Korea beginning late this month, according to Samsung.

Samsung said once the virus crisis calms down, the production allocated to Vietnam will be transferred back to Gumi.

Samsung currently runs smartphone factories in Vietnam's Bac Ninh and Thai Nguyen provinces. They account for half of the company's smartphone shipment worldwide.

Samsung also reported a virus-infected worker at its foundry factory in Yongin, about 50 kilometers south of Seoul, last week but said its chip production has not been affected. 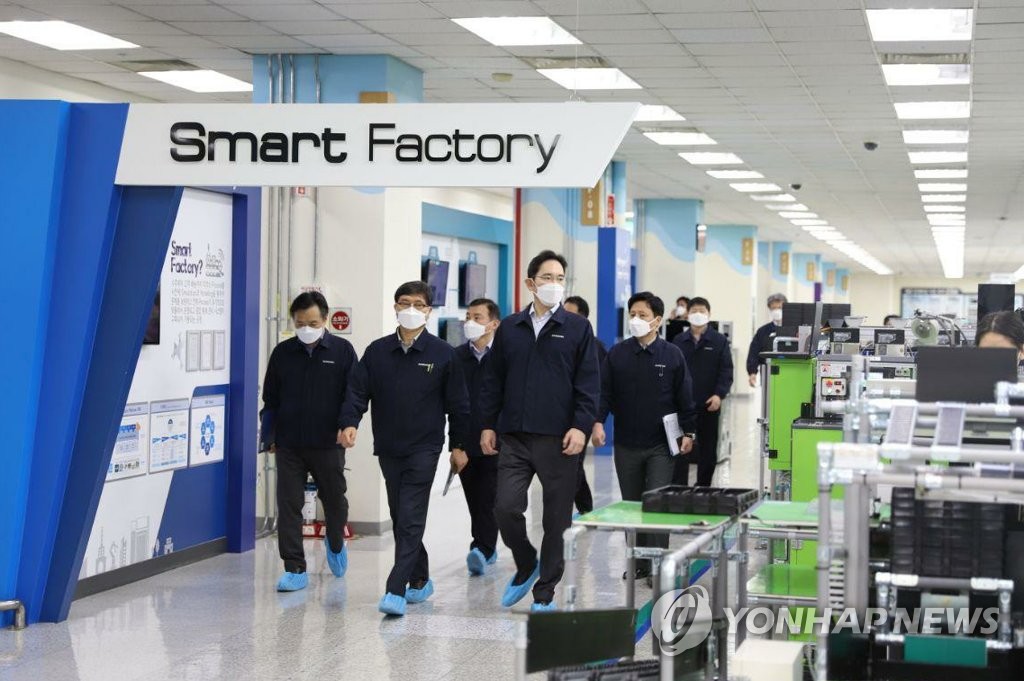