Moon spoke to President Erdogan on the phone for about 20 minutes to discuss the situation regarding COVID-19 and other matters of bilateral interest, according to Cheong Wa Dae.

Turkey has suspended all passenger flights to and from South Korea. It is also requiring those who've visited South Korea to be quarantined for 14 days after arrival, regardless of symptoms. 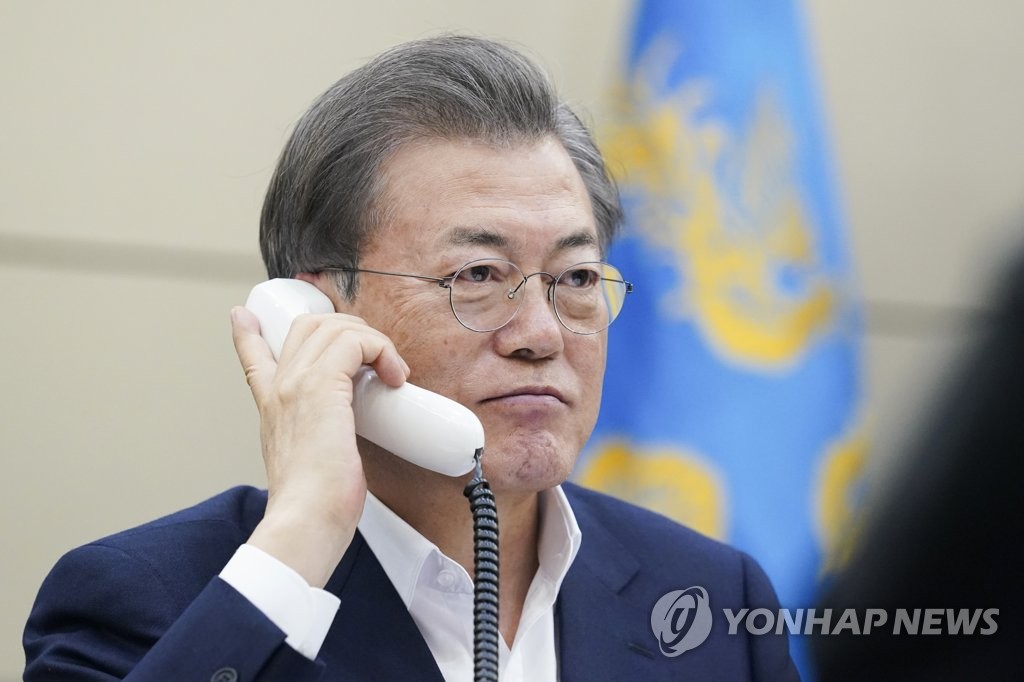 Moon explained South Korea's efforts to curb the spread of COVID-19, and asked Turkey to consider resuming at least some flights so that essential business exchanges won't be affected.

Moon on Wednesday canceled his visit to Turkey, set for later this month, in order to focus on a nationwide fight against the novel coronavirus. Moon sought Erdogan's understanding of his decision.

Cheong Wa Dae said Erdogan acknowledged Moon's situation and that he hoped Moon will reschedule his visit in the near future. Erdogan also offered condolences to South Koreans who've succumbed to the virus.