The IBK Altos of the women's V-League said they were disappointed that Anae will no longer be part of the team, but wished her the best in the future. The V-league season was suspended indefinitely on Monday in the face of a nationwide surge in COVID-19 cases.

The women's teams play 30 matches a season and the six teams each have three or four matches remaining this season. 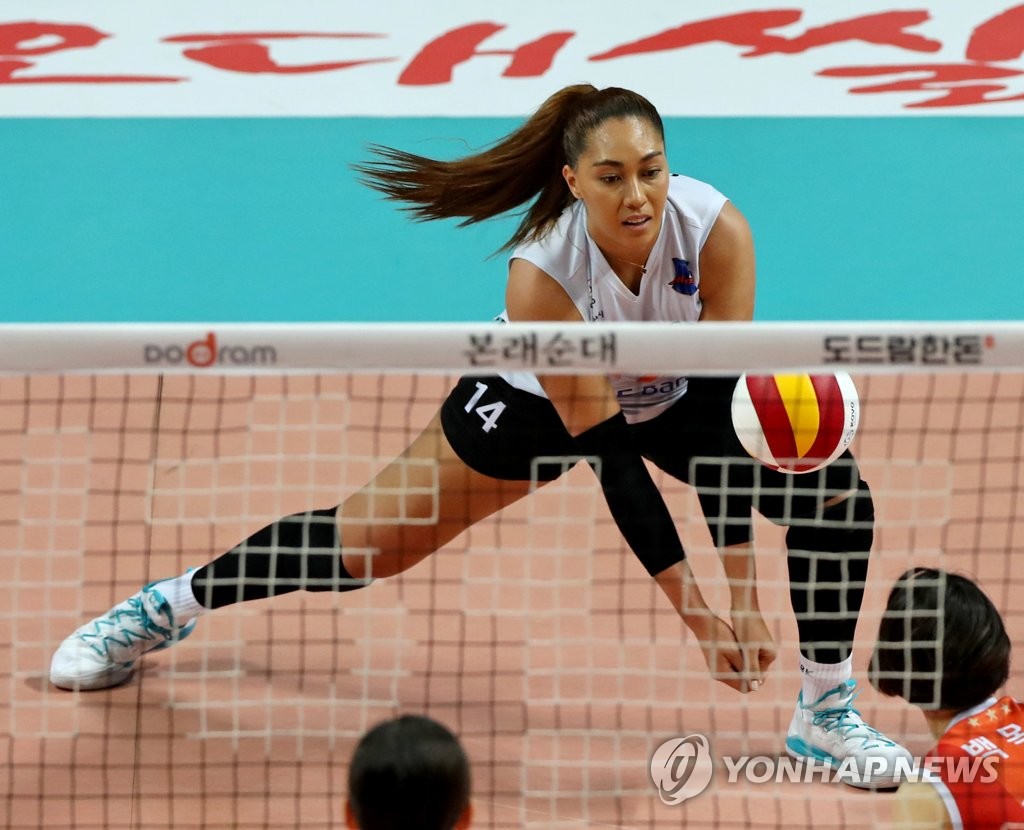 Earlier in the week, Anae asked to be paid in full for the season, since she was leaving the league for reasons out of her control, and threatened to take the case to the International Volleyball Federation (FIVB) if her demands weren't met. But the Altos said Friday they and Anae had reached an agreement under which she will only receive portions of her remaining salary, the amount of which will depend on when the league resumes play and when the season finishes.

On Wednesday, Andrea Santangelo of the Samsung Fire & Marine Insurance Bluefangs in the men's V-League left for his native Italy because of coronavirus concerns. The Blufangs said they parted with the player on amicable terms.

The Korean Volleyball Federation will meet Tuesday to discuss resumption of the league play and further scheduling changes.