According to the city's health authorities, 46 out 142 residents at the apartment block were confirmed to have contracted COVID-19. The city put the residential complex under group isolation.

The city authorities said 94 of the residents were members of the Shincheonji church, including all 46 who were diagnosed with the contagious disease.

The religious sect, deemed responsible for the virus outbreak here, has been associated with around 60 percent of all confirmed cases in the country. 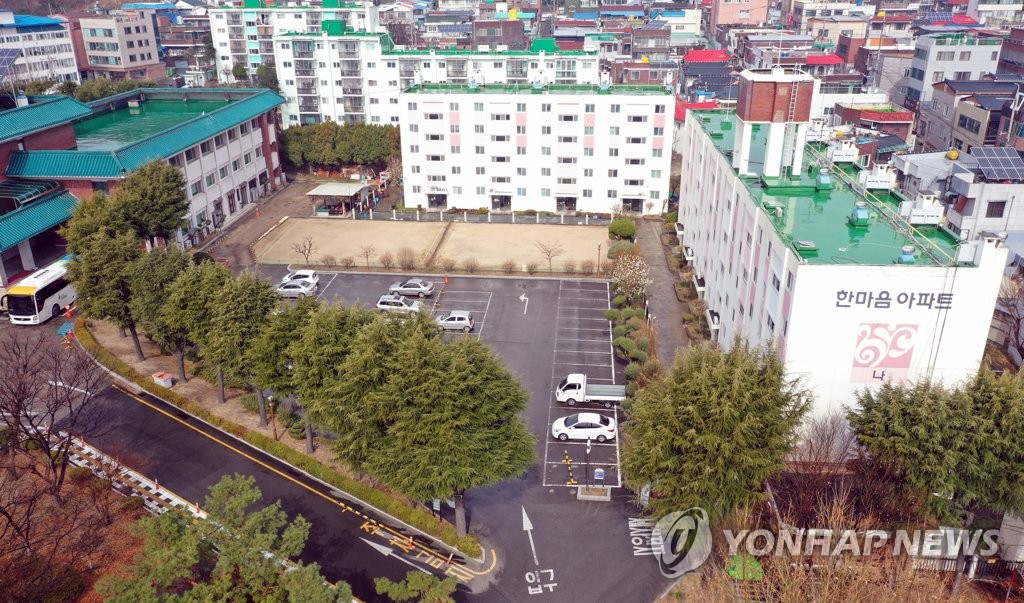 The apartment block, which consists of two five-story buildings, is run by the city for unmarried working women who are under 35 years old. A total of 142 people live in 137 flats.

Daegu Mayor Kwon Young-jin also said the city has identified 10 places that are suspected as group residences for Shincheonji followers, adding the city plans to look into the venues and take appropriate measures. 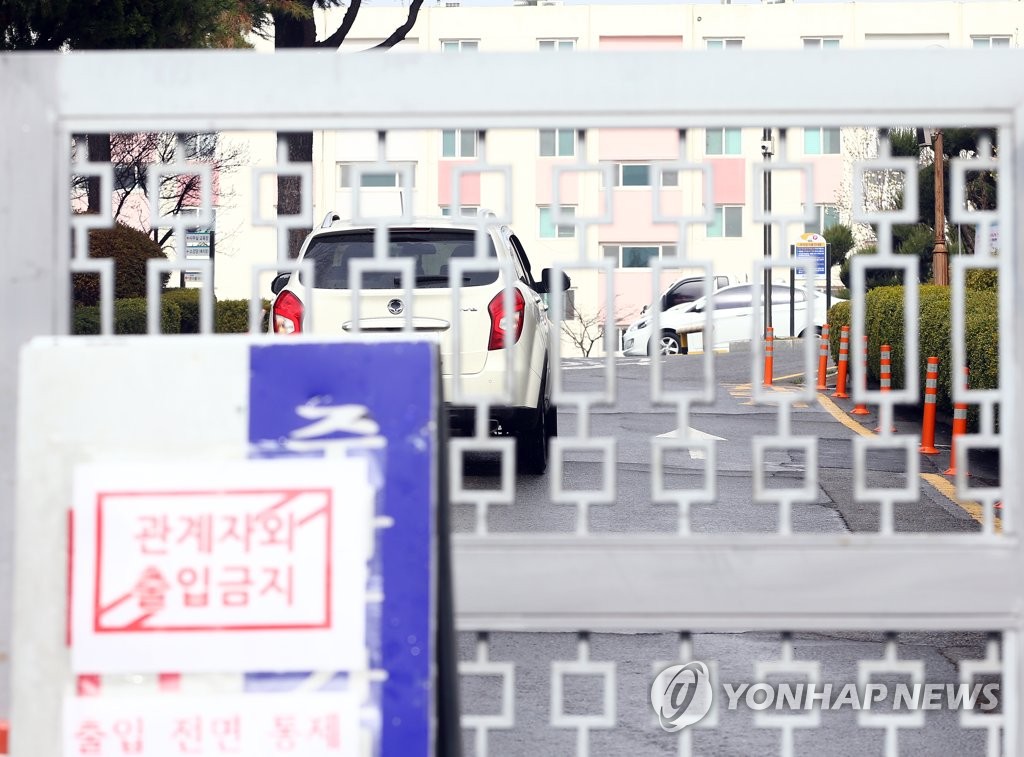