WASHINGTON, March 6 (Yonhap) -- U.S. President Donald Trump said Friday that the United States and South Korea have been working closely together as allies to deal with the coronavirus outbreak.

The president spoke during a visit to the U.S. Centers for Disease Control and Prevention in Atlanta, Georgia, as his administration grapples with an increasing number of infections in the country.

Trump claimed that the two countries have been carrying out similar testing for COVID-19, with South Korea asking the U.S. for "advice."

"And the whole world is relying on us," he said. "South Korea is very much reliant on the information we're giving them, and they're reliant on the vaccines that we will come up with."

The president also sought to minimize the effectiveness of South Korea's drive-thru testing centers, saying they are taking samples from people.

"Now, can we do that? Yeah, we can do that, but that's not effective like what we're doing," he said. "We're doing the whole thing in one stop. They're doing samples in South Korea. That's a very different thing."

South Korea reported 483 new cases of the coronavirus on Saturday (local time), bringing the nation's total to 6,767. So far, 44 people in the country have died from the disease. 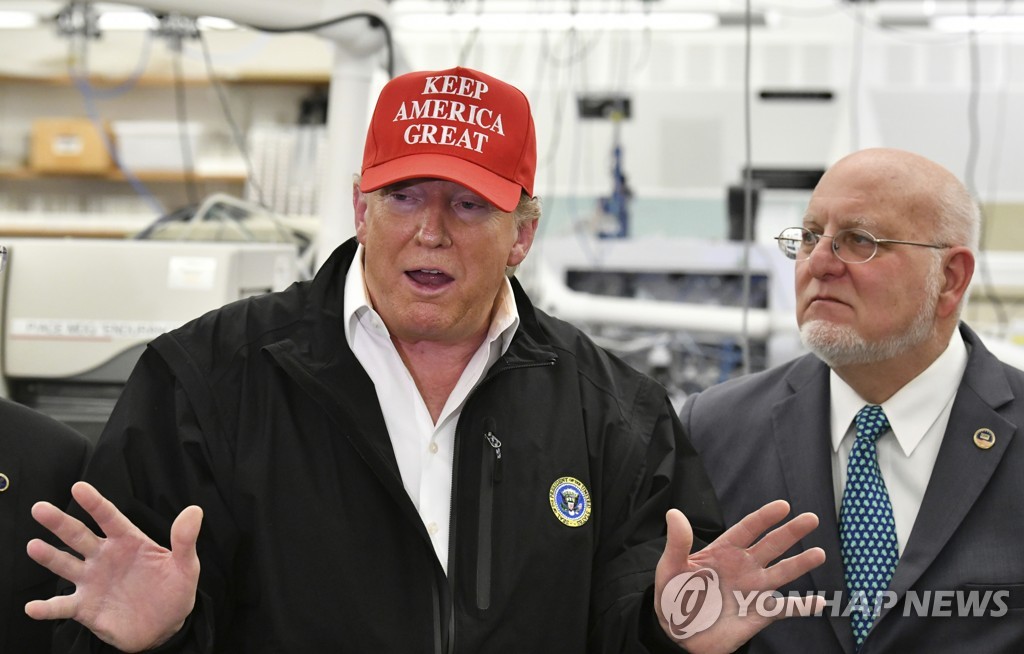