SEOUL, March 7 (Yonhap) -- South Korean actress Shim Eun-kyung has won best actress at this year's Japanese academy awards for a Japanese film about a young female reporter who delves into a political scandal.

At the 43rd Japan Academy Film Prize Awards ceremony held in Tokyo on Friday, Shim was awarded outstanding performance by an actress for her lead role as a Korean Japanese reporter in "The Journalist."

She beat Fumi Nikaido of "Fly Me to the Saitama," Mayu Matsuoka of "Listen to the Universe," Rie Miyazawa of "No Longer Human" and Sayuri Yoshinaga of "The Bucket List."

Shim became the first South Korean actor or actress to clinch the honor at the Japanese academy awards that launched in 1978.

In 2010, South Korean actress Bae Doo-na was nominated in the category for "Air Doll" but did not earn the trophy.

"I didn't expect to win this award, so I'm not prepared for a speech. I'm so sorry," Shim said in Japanese, shedding a tear of joy. "I'll keep doing my best. Thank you very much."

Directed by Michihito Fujii, "The Journalist" is a story of a young female reporter born to a Japanese father and a Korean mother. She delves into a political scandal in which many Japanese big-name politicians are involved.

The film took best picture at the Japanese awards, while Tori Matsuzaka, who starred as an elite bureaucrat in the movie, was named best actor. 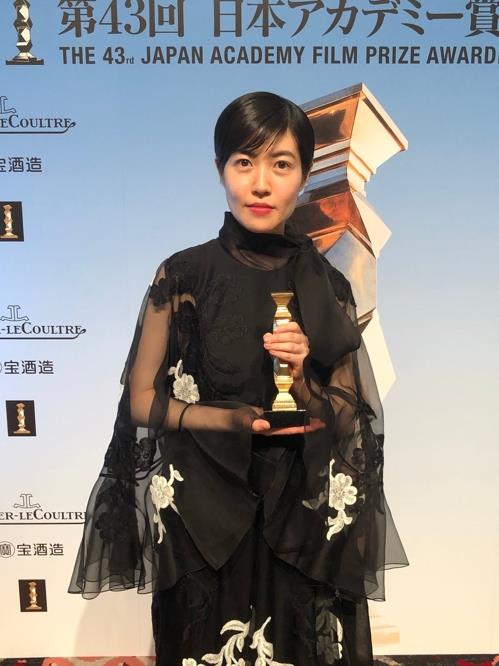