SEOUL, March 8 (Yonhap) -- South Korea plans to spend around 615.8 billion won (US$516.5 million) on space development projects this year as the country gears up to launch its first domestically-built rocket and next generation satellites, the science ministry said Sunday.

The investment is a 6.4-percent increase from 2019, with the earmarked budget to be focused on building up the country's capability to use space more effectively and bolster related industries, according to the Ministry of Science and ICT.

Of the total, 233.1 billion won was set aside to conduct final tests and assemble a flight model of the Nuri launch vehicle that will be sent into orbit next year.

The three-stage vehicle uses the 75-ton thrust rocket engine designed and produced in the country, along with a smaller 7-ton engine.

Some 318 billion won will be spent on a new medium-size satellite that will blast off in the second half of this year, as well as the development of so-called constellation satellite project and two Korea Multi-purpose Satellites (KOMPSAT). 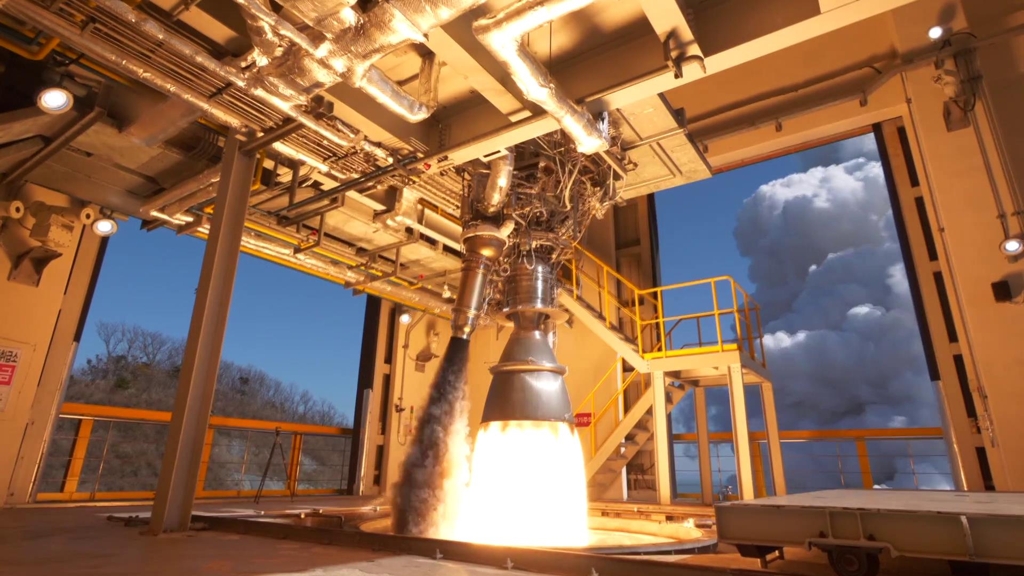 The medium satellite weighs some 500 kilograms and will be used in disaster response and the observation of farmlands, fisheries and urban development efforts.

The two KOMPSATs will augment three already in orbit with greater emphasis placed on better observational capabilities and sensors that can enhance services for users. One of the multi-purpose satellites will be launched next year.