SEOUL, March 8 (Yonhap) -- The South Korean women's basketball federation on Sunday decided to suspend its professional league for two weeks, joining other sports organizations in an effort to curb the spread of the novel coronavirus.

The Women's Korean Basketball League (WKBL) said the regular season will be put on hold, starting with a match scheduled for Tuesday. The WKBL has played its games behind closed doors for about two weeks.

It said it will check the situation thoroughly before resuming the league two weeks later.

South Korea had reported 7,313 virus patients and 50 deaths as of Sunday. The government raised the virus alert to the highest level last month amid a rapid increase in infections, asking its people to refrain from outdoor activities.

With the latest decision by the WKBL, all professional leagues in South Korea have come to a halt in the fallout from the spread of the novel COVID-19 virus.

The South Korean professional football league postponed the start of the 2020 season, which was originally set on Feb. 29, while the South Korean baseball league canceled all of its preseason games slated for mid-March.

The men's pro basketball league has been suspended since March 1, while the country's professional volleyball governing body ceased both men's and women's professional leagues from Tuesday last week. 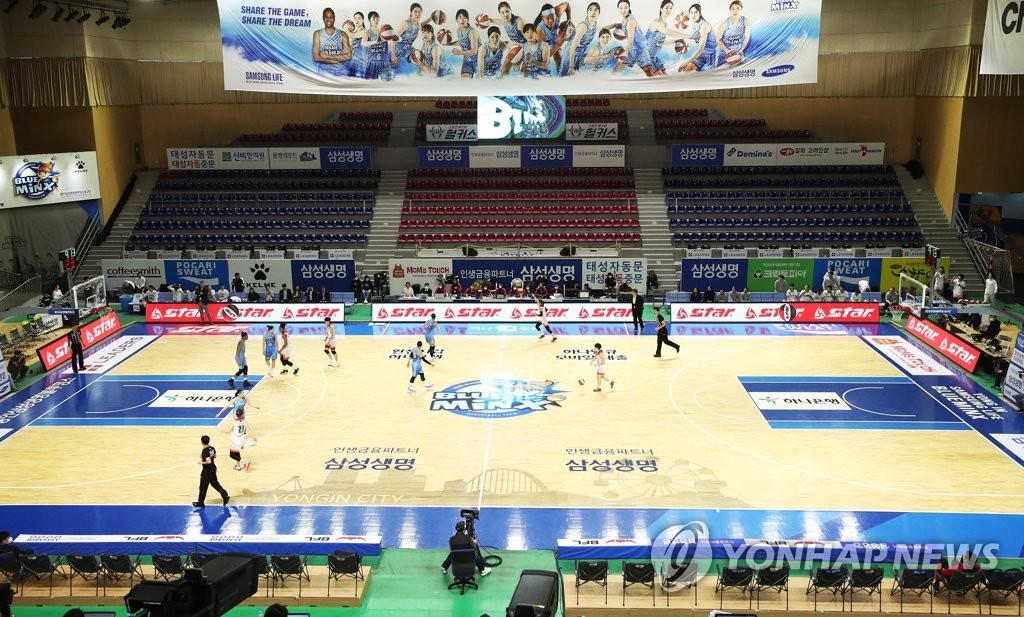 (LEAD) Women's basketball league suspended for 2 weeks due to coronavirus

(LEAD) Women's basketball league suspended for 2 weeks due to coronavirus