The projectiles were fired northeastward from areas near its eastern town of Sondok in South Hamgyong Province, the JCS said in a brief release.

Sondok is where the North conducted the first known test of its super-large multiple rocket launcher in August 2019. So far, it has tested the system five times, including the one conducted on March 2, when the North fired two projectiles as part of its artillery strike drill for a wintertime exercise.

Monday's projectile fire could be another test of the system, possibly to reduce the interval between lanuches ahead of operational deployment, according to experts and military sources. 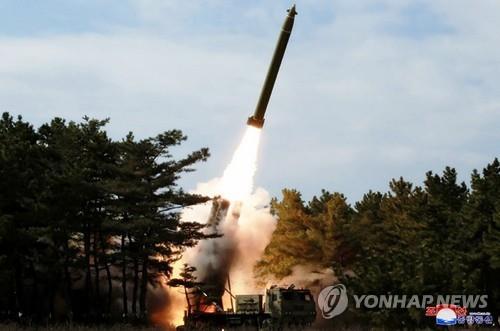