SEOUL, March 9 (Yonhap) -- Ryu Hyun-jin of the Toronto Blue Jays and Kim Kwang-hyun of the St. Louis Cardinals will both make their second spring training starts this week in Florida.

Kim and the Cardinals will visit the Minnesota Twins at CenturyLink Sports Complex in Fort Myers, with the first pitch scheduled at 1:05 p.m. Monday in Florida, or 2:05 a.m. Tuesday in Seoul. Ryu made his spring training debut on Feb. 27 against the Twins and then threw a simulated, intrasquad game against Blue Jays' minor leaguers last Wednesday. Both of those games came at the Blue Jays' spring training home in Dunedin, Florida. Ryu chose not to travel a couple of hours south to Port Charlotte to take on the Rays last week and pitched in the sim game instead.

Ryu, the reigning major league ERA champion, has been known for unique routines -- he doesn't throw between starts, for one -- and throughout camp, the Blue Jays have been willing to give him as much leeway as he needs to get ready for the season at his own pace.

Ryu will likely get two more starts after this one. Barring injury, he will be the Jays' Opening Day starter against the Boston Red Sox on March 26 at Rogers Centre in Toronto.

Kim, who's fighting for a rotation spot with the Cardinals, will look to extend his scoreless innings streak in his fourth spring training outing. 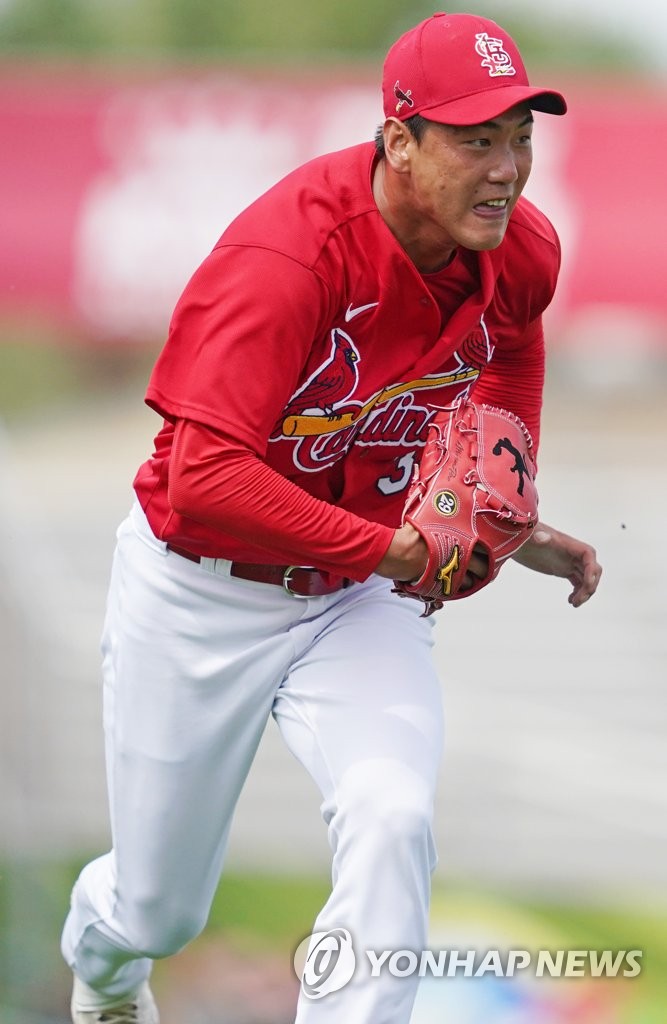 In one start and two relief appearances so far, Kim has pieced together five shutout innings, with seven strikeouts against one walk and three hits.

His most recent outing came out of the bullpen last Thursday against the New York Mets, and he pitched around three singles and struck out two in two scoreless frames.

Last week was particularly hectic for Kim. He was initially scheduled to start Monday but was scratched because of mild groin soreness. He threw a successful bullpen session later that day, and the Cardinals had him lined up to start Thursday and throw three innings or 50 pitches.

But on the eve of the scheduled start, the Cardinals said veteran right-hander Adam Wainwright would get the start instead, with Kim to immediately follow him for two innings.

The Cardinals said Kim will throw three innings or 45 pitches against the Twins. He made 25 pitches last Thursday.

Kim, a top-end starter for most of his 13-year career in the Korea Baseball Organization (KBO), has said he'd be willing to pitch out of the bullpen if necessary. The Cardinals could give him some looks as a reliever given the absence of veteran left-hander Andrew Miller, who is dealing with a mysterious ailment with his arm and is doubtful for Opening Day.