SEOUL, March 9 (Yonhap) -- With a cloud of uncertainty hanging over the start of the professional baseball season in virus-hit South Korea, teams' foreign players will train in their home countries for the time being.

The Korea Baseball Organization (KBO) clubs have been scrambling to close their overseas training camps in the past week or so, with more and more countries applying travel restrictions on South Koreans following the COVID-19 outbreak.

The Samsung Lions and the LG Twins have returned from Japan. The KT Wiz and the Hanwha Eagles will make their way back from Arizona this week, while the Kiwoom Heroes will return from Chinese Taipei.

All five of these teams -- accounting for half the league -- have decided to send their foreign players home. Because of the virus outbreak, the KBO canceled all preseason games, originally set to run from March 14 to 24 and could also postpone the start of the regular season. 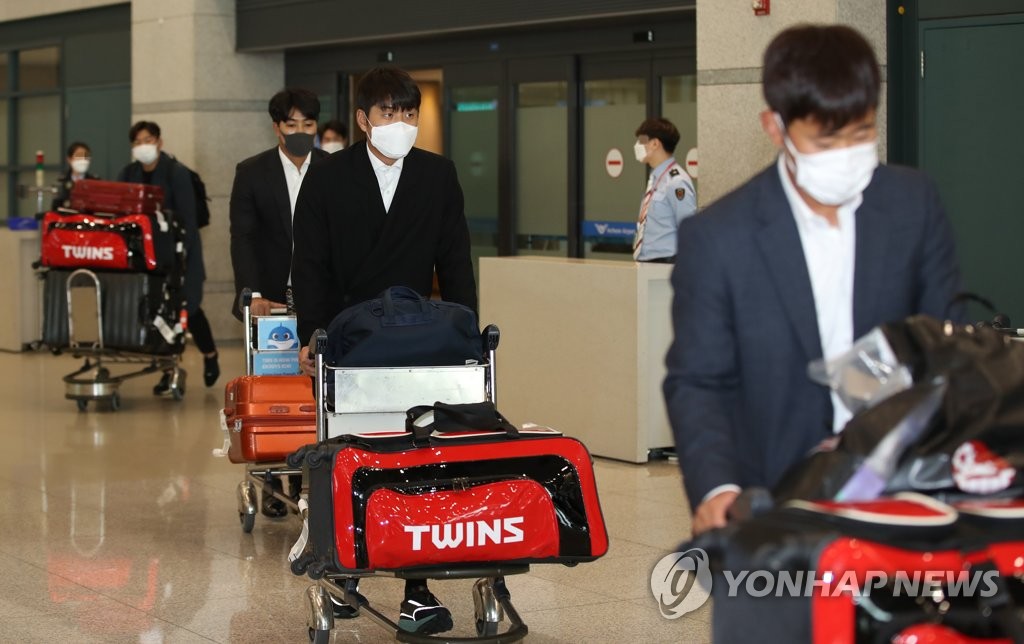 The new season is supposed to begin on March 28, but the KBO will meet with club presidents Tuesday to discuss potential changes to the schedule.

For the five aforementioned teams, their foreign players will return to South Korea two weeks before the start of the regular season. All other professional leagues have come to a halt in the country, and the KBO will likely follow suit and delay the start of its season.

For the Lions, pitchers Ben Lively and David Buchanan, and infielder Tyler Saladino flew back to the United States on Sunday, while the rest of the team came back to South Korea.

The Twins sent pitchers Tyler Wilson and Casey Kelly to the U.S., while infielder Robert Ramos went back to Mexico.

"The LG Twins have been extremely supportive of our wishes, and we collectively decided that the best plan is to go back to our home countries and be with our family and prepare for the season there," Wilson said in a video clip posted on the Twins' YouTube channel. "We think that it's really important to be with our family right now. And when the league announces (the regular season schedule) two weeks prior to the Opening Day, we're going to return to Korea and prepare as a unit for the season to begin." 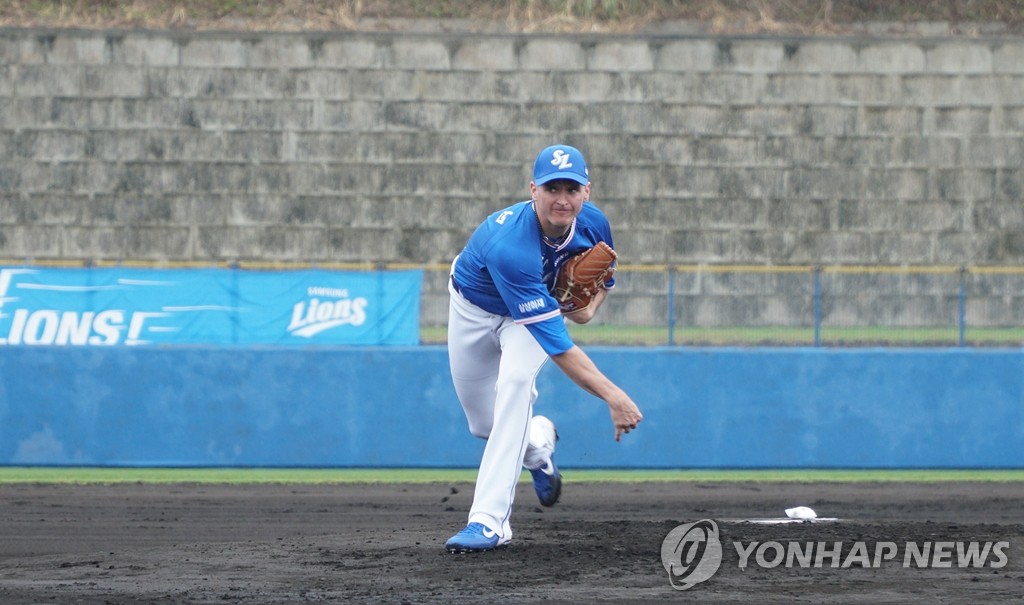 The Heroes will come home from Chinese Taipei on Tuesday without pitchers Jake Brigham and Eric Jokisch, and utility player Taylor Motter, all of whom went back to America.

The Eagles set up their camp in Mesa, Arizona, and their two import pitchers, Warwick Saupold and Chad Bell, and outfielder Jared Hoying will remain in the U.S.

Of the remaining KBO teams, the Doosan Bears and the NC Dinos have arrived back from Japan and the U.S., respectively, with all of their foreign players.

The entire SK Wyverns squad will come home from Florida on Tuesday, with the exception of infielder Jamie Romak, who will travel to Canada for the birth of his child. He's expected to rejoin the Wyverns around the weekend.

The Kia Tigers and the Lotte Giants extended their camps after the preseason was wiped out. The Tigers will come home from Fort Myers, Florida, in two groups, on Sunday and next Monday. The Giants are scheduled to return from Adelaide, Australia, on March 17.

For now, they plan to bring back their foreign players. 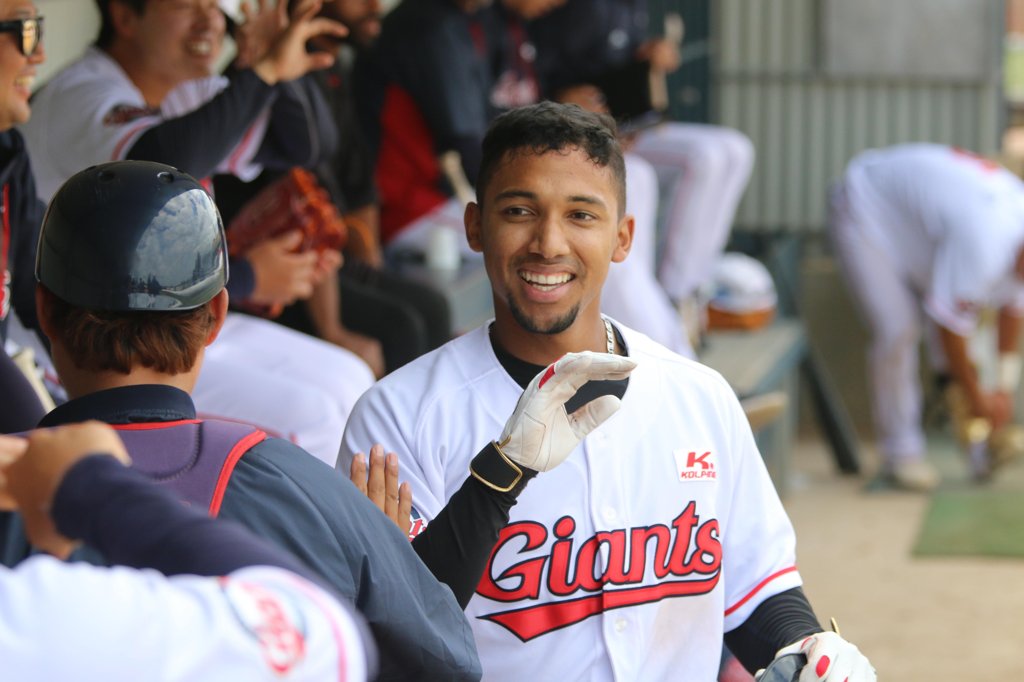