SEOUL, March 9 (Yonhap) -- South Korean airlines are expected to suffer huge losses from the coronavirus outbreak that has sent demand for international air travel into a free fall.

The Korea Civil Aviation Association recently estimated that the local aviation industry's losses from the fast-spreading disease may snowball to slightly over 5 trillion won (US$4.2 billion) by June due to plunging air demand.

The gloomy estimate is based on passenger numbers for South Korean air carriers' international routes in the fourth week of February.

The number of air travelers on international routes stood at about 653,000 during the cited week, a whopping 65.8 percent decline from a year earlier.

Passengers on routes to China nose-dived 85.2 percent on year, while those on flights to Japan and Southeast Asia plunged 70.6 percent and 62.1 percent, respectively. 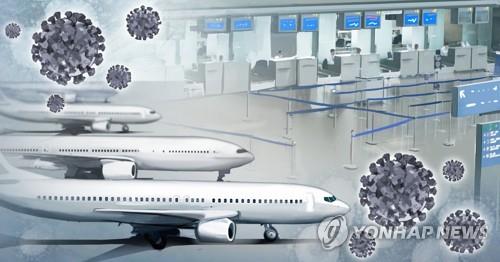 According to industry watchers, the airlines' snowballing losses result mainly from monthly fixed costs of up to 20 billion won for aircraft leases and other overhead, excluding wages.

In February, Korean Air Lines Co., the country's top airline and larger of its two full-service carriers, logged a 37.6 percent drop in international passenger numbers to 610,000.

The tally doesn't reflect the impact from reduced flights to the United States and Europe. The number of international air passengers is feared to drop further, starting this week.

Korean Air said it will halt 16 of 17 Japanese routes from Monday to March 28 in response to Japan's entry restrictions on South Koreans.

Asiana Airlines said it has decided to suspend flights on all Japanese routes temporarily starting Monday, the first time since its Seoul-Tokyo route was launched in 1990. 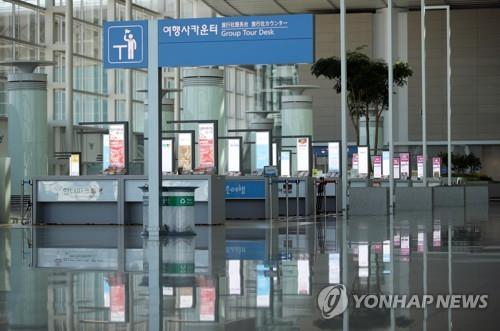 With the country's aviation industry teetering on the brink of viability, the government is struggling to come up with support measures.

In mid-February, the government unveiled a plan to provide the troubled aviation industry with loans and a delay of payment for airport charges for three months.

But the air carriers have been demanding "more practical" state support, including further easing of regulations on international flights.

The ministry said it will announce additional measures this week to help air carriers tide over their hardships after close consultations with other government agencies.

South Korea is struggling to contain the spread of COVID-19, which has killed 50 people and infected more than 7,300 so far.
(END)