The GV80 gasoline model comes with a 2.5-liter turbo or a 3.5-liter turbo engine and an eight-speed automatic transmission, the company said in a statement.

In January, Hyundai Motor launched the diesel-powered GV80 model with a 3.0-liter engine in the local market with an aim to sell 24,000 units this year. 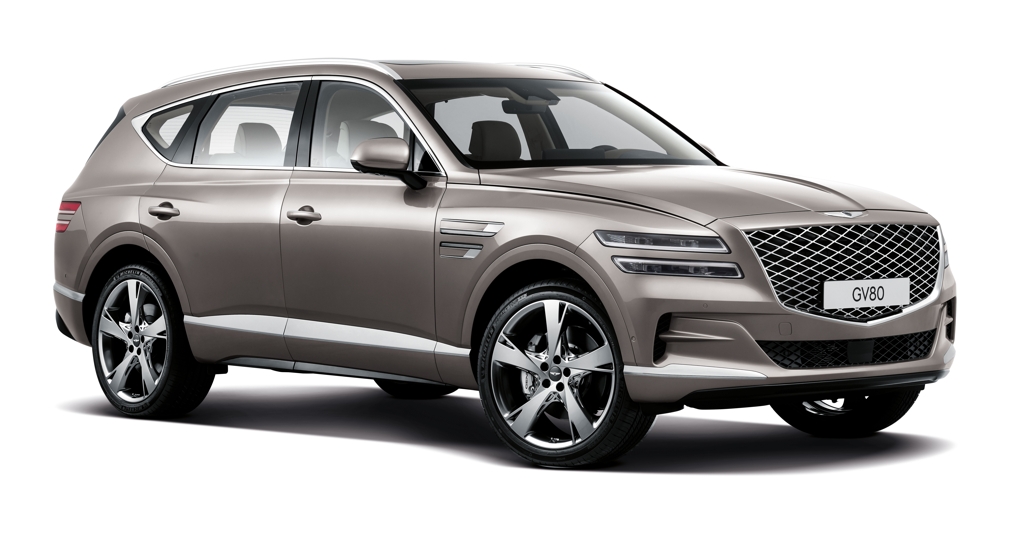 The Genesis lineup is currently composed of the G70, G80 and G90 sedans and the GV80 SUV. The GV80 gasoline model is set to be launched in the United States this summer.

Hyundai plans to beef up the Genesis lineup by adding the GV70 SUV and an all-electric car by the end of 2021.

The GV80, a three-row, rear-wheel-drive model, is equipped with various advanced features for safety and convenience.

It boasts semi-autonomous driving and forward collision-avoidance assist-junction turning (FCA-JT) technology, the latter of which helps prevent collisions with vehicles coming from the front when turning left at intersections. It also has an electronically controlled suspension with road preview, alerting the driver to road conditions ahead using cameras and navigation systems.

The GV80 has 10 airbags, including a central airbag that expands into the space between the driver and passenger seats to prevent head injuries to the driver and front passenger.