As of Thursday, South Korea had 7,382 confirmed cases of the novel coronavirus, including 51 deaths, according to the Korea Centers for Disease Control and Prevention (KCDC). Of the total, more than 90 percent have occurred in Daegu and North Gyeongsang. 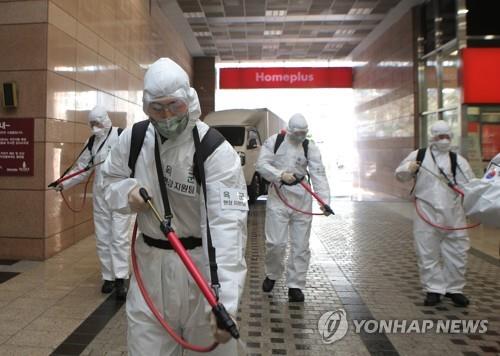 In a move to support the government's anti-virus efforts, the ministry on Monday mobilized dozens more service personnel as well as military vehicles to package and distribute face masks to Daegu and North Gyeongsang regions.

South Korea has been struggling with mask shortage problems and has come up with diverse measures to boost its production and ensure their even distribution.

"We are reviewing mobilizing military aircraft to reach remote areas, such as Jeju," the ministry said in a release, citing the country's southern island.

Currently, more than 1,870 soldiers and ministry officials, including 102 military doctors, are assigned to major checkpoints and health facilities across the country for quarantine efforts, according to the ministry. 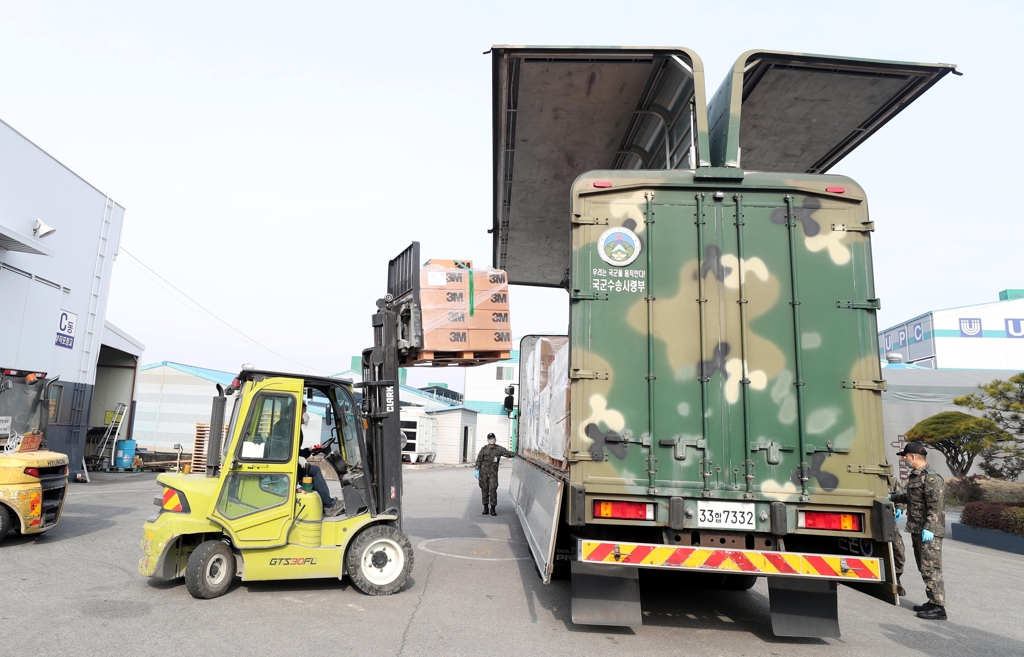 (LEAD) No. of coronavirus cases in military remains unchanged at 36

(LEAD) No. of coronavirus cases in military remains unchanged at 36