Earlier in the day, the North fired three unidentified projectiles into the East Sea, a week after the country launched two short-range projectiles.

Chung Eui-yong, director of national security at the presidential office, presided over an emergency meeting of security-related ministers via a video conference.

Cheong Wa Dae did not criticize or express concerns about the North's launches, but it analyzed the communist country's intention and the security situations on the peninsula.

"The ministers pointed out that North Korea continuing to stage joint massive artillery drills following those on Feb. 28 and March 2 does not help efforts to bring peace to the Korean Peninsula," Cheong Wa Dae said.

But in a surprise move, the North's leader sent a letter to President Moon Jae-in a day later, expressing his support for South Korea to fight the new coronavirus. 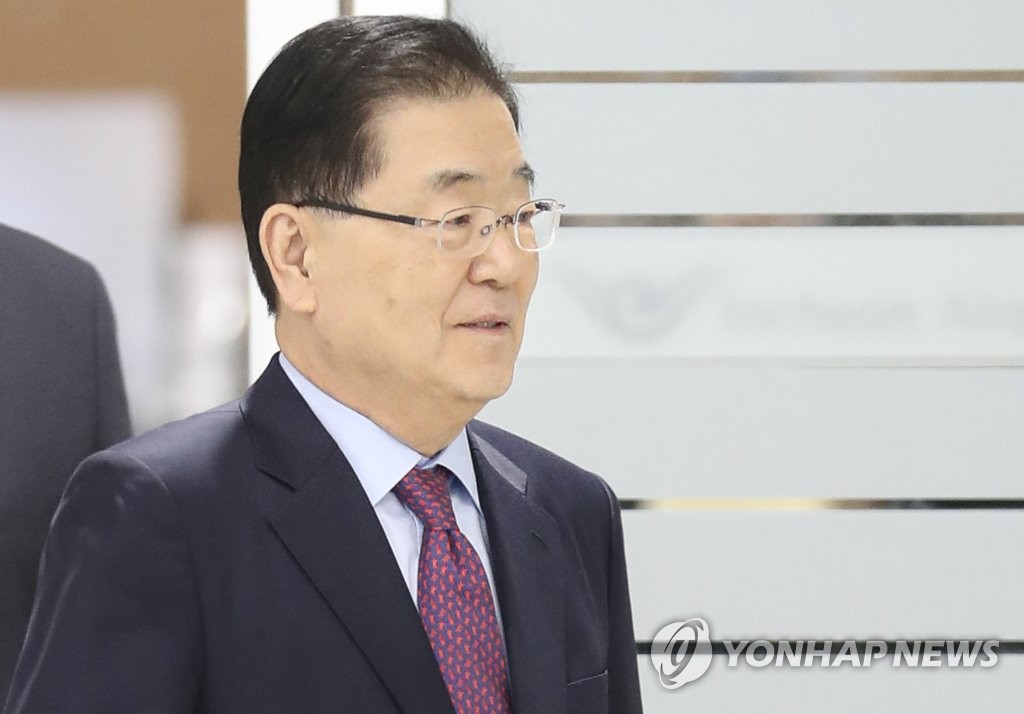