SEOUL, March 9 (Yonhap) -- South Korea's coronavirus caseload approached 7,400 on Monday, but the pace of new infections slowed after massive testings on members of a religious sect at the center of rapid spreading were completed. Still, health authorities remained on high alert over new clusters of infections.

The 248 new cases, which were detected on Sunday, brought the nation's total number of infections to 7,382, according to the Korea Centers for Disease Control and Prevention (KCDC).

About 60 percent of confirmed cases have been linked to a branch of the Shincheonji religious sect in Daegu, which, with a population of 2.5 million, is the country's fourth-largest city.

Seoul's virus caseload rose by 10 to 130, and Gyeonggi Province, which surrounds Seoul, saw its confirmed cases climb by 11 to 152. New cases were detected in other cities, including Daejeon, Gwangju and Sejong. 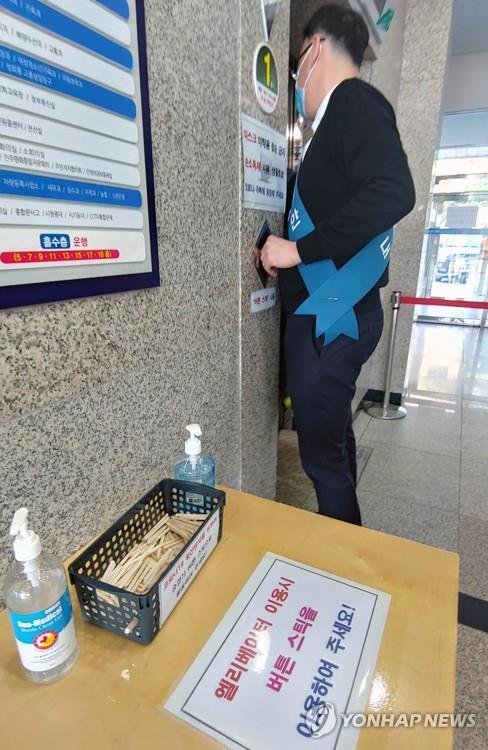 Under the new measure that will take effect Monday, citizens will be able to buy only two protective masks per week from pharmacies, on designated days of the week, depending on the final number of their year of birth.