SEOUL, March 9 (Yonhap) -- North Korea has placed around 10,000 people under quarantine over coronavirus concerns and released about 40 percent of them as they showed no symptoms, according to state media reports.

The total could exceed 10,000 if around 380 foreigners staying in Pyongyang are included, though Pyongyang has not unveiled official numbers of quarantined people.

The Rodong Sinmun, the official newspaper of the North's ruling party, said on Monday that quarantine is currently being lifted on people who came into contact with people from other countries in accordance with relevant guidelines.

"To block the flow and spread of the infectious disease, it is important to ensure a complete preventive sealing-off of all quarantine facilities ... (as well as to) well establish treatment measures and lift quarantine strictly in accordance with what is stipulated in the guidelines," the newspaper said.

The paper also emphasized that quarantine is being lifted according to relevant guidelines for foreigners stationed in Pyongyang, public servants, interpreters and drivers at high risk of having been exposed.

In mid-February, North Korea doubled the quarantine period for at-risk people to a month. Those who might have been exposed to entrants from foreign countries have been isolated at home or designated facilities for more than 40 days.

The North has taken relatively swift preventive efforts amid concerns that it is highly vulnerable to the new coronavirus, as it shares a long and porous border with China and lacks key medical supplies and infrastructure to test and treat infected people. 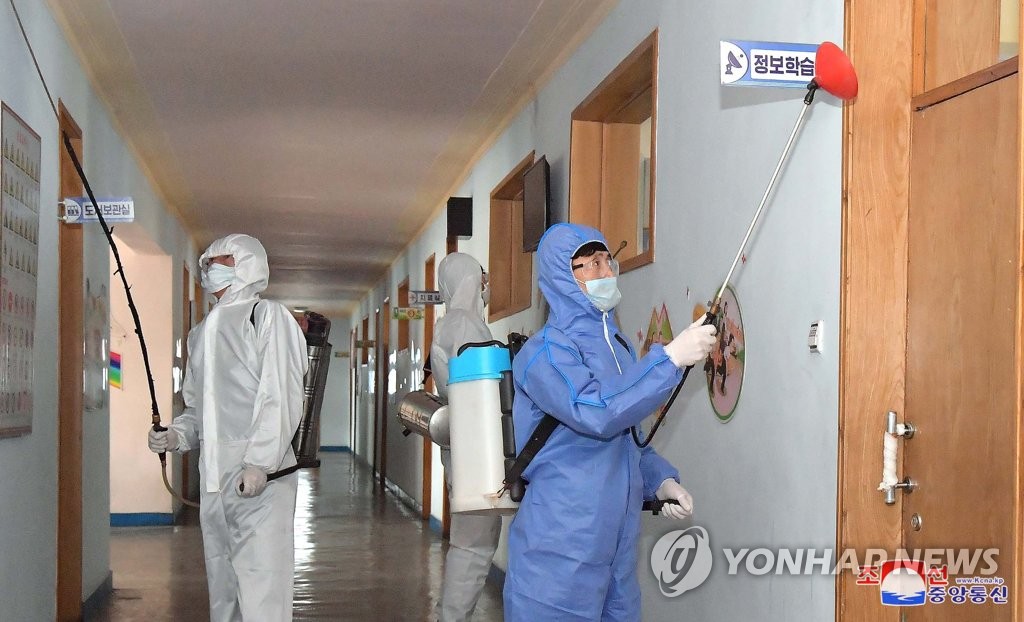