South Korean companies floated 12.3 trillion won (US$10.2 billion) worth of bonds last month, up 5.5 trillion won from the previous month, according to the data from the Korea Financial Investment Association.

The amount was far larger than a forecast of 6.5 trillion won for the month's estimated demand for corporate debt sales.

The association said low yields prompted local businesses to move proactively to raise money for long-term needs amid increased uncertainty resulting from the spread of the coronavirus. 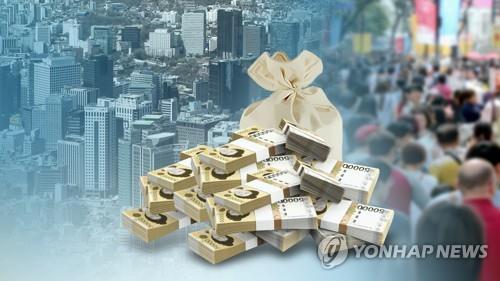 Lower bond yields in Asia's fourth-largest economy were attributed to global investor flight to safety due to escalating worries over the spread of COVID-19.

According to the data, South Korea's issuance of government, corporate and special bonds came to 72.3 trillion won in February, up 14 trillion won from the prior month.

The value of bonds outstanding in the country totaled 2,070 trillion won as of end-February, up 33.3 trillion won from a month earlier.
(END)