SEOUL, March 9 (Yonhap) -- South Korea has identified four soldiers who fought in the 1950-53 Korean War from the remains found during an excavation project carried out near the border with North Korea last year, the defense ministry said Monday.

The remains were found during excavation work on Arrowhead Ridge, a former battlefield inside the demilitarized zone (DMZ) separating the two Koreas, according to the ministry.

The excavation project began in April in line with an inter-Korean military accord signed in September 2018, but it proceeded without the North's participation as Pyongyang has remained unresponsive to Seoul's call to jointly carry out the project as agreed.

The ministry said the four identified soldiers died during a battle that took place when truce negotiations were going on. They died about two weeks before the cease-fire treaty was signed.

Over the eight-month excavation period, the military found some 2,030 bone pieces believed to have belonged to about 261 troops killed in the war, the ministry earlier said.

Of those, 117 sets of remains are believed to be of Koreans, with 143 others presumed to belong to Chinese troops and another set to U.N. forces.

A total of 142 deceased soldiers have been identified so far since the government began excavating war remains in 2000. Among them, seven have been from Arrowhead Ridge, where the first excavation project was carried out inside the DMZ. 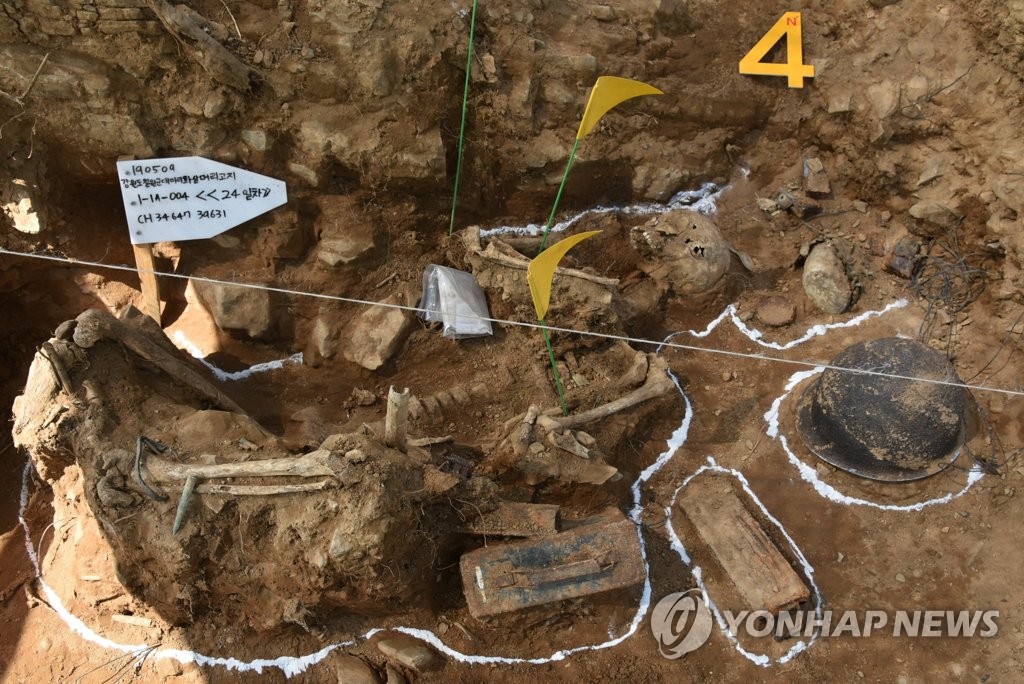