SEOUL, March 9 (Yonhap) -- The United States accounted for more than half of the South Korean market for imported beef last year, data showed Monday, widening the gap with its top rival, Australia.

South Korea imported 235,716 tons of U.S. beef in 2019, 53 percent of the total beef imports, according to the data compiled by the U.S. Meat Export Federation.

It was the third consecutive year U.S. beef took the top spot in the South Korean market. U.S. beef accounted for 50.7 percent and 46.8 percent of the import market in 2018 and 2017, respectively. 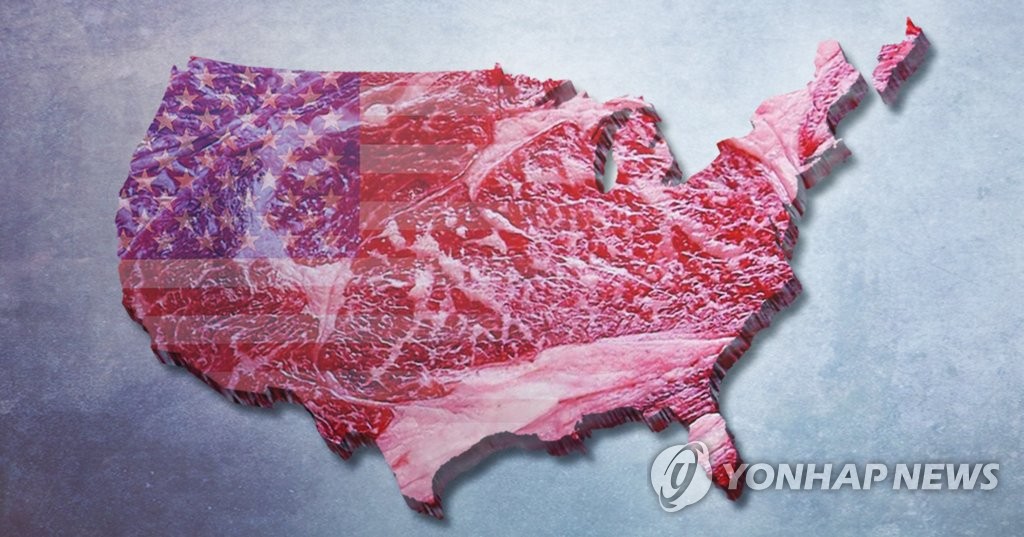 The federation attributed American beef's strong demand in South Korea to the rising popularity of the home-meal replacement market.

"U.S. beef is leading the trend towards premium high quality meats, and is popular among Korean consumers thanks to its affordability," the federation said in a statement.

"The home meal replacement and meal kit markets continue to grow due to the rise of online shopping and the emergence of millennials who enjoy cooking high quality steaks at home," it added.