Since the coronavirus outbreak, local refineries have been struggling to cope with falling refining margins and weaker demand for their products both at home and abroad.

A refining margin, a key measure of refiners' profitability, is the difference between the total value of petroleum products and the cost of crude and related services.

The benchmark Singapore complex gross refining margin stood at US$1.4 per barrel in the first week of this month, up from $0.9 from the previous week. Singapore is the regional trading hub of the benchmark Dubai crude.

South Korea refiners saw their earnings plunge in 2019 due to negative refining margins. This year, their refining margins began to pick up before nose-diving from the second week of February due to the coronavirus outbreak.

The spread of the virus has sent demand for their products tumbling in both South Korea and overseas markets. 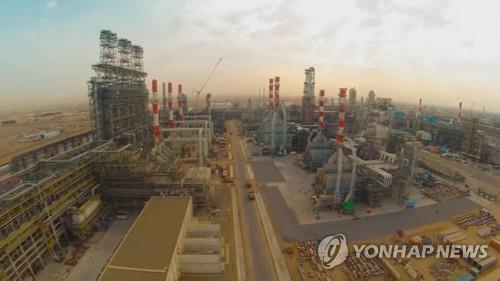 Making matters worse, tumbling international oil prices are feared to deal a fresh blow to South Korean refineries. Falling oil prices, which usually come as a boon to refiners, have emerged as a drag due to flaccid demand stemming from the virus outbreak.

U.S. West Texas Intermediate (WTI) crude futures changed hands at $32.5 per barrel in New York on Monday, down 21 percent from the previous session.

The tumble came after major oil exporters failed to agree on an output reduction. Saudi Arabia, the world's biggest oil exporter, started a price war with Russia by cutting its selling prices and vowing to release its stockpiles.

"The business environment for local refiners is expected to worsen further due to a combination of weaker demand, deteriorating refining margins and plunging crude prices," the Korea Petroleum Association said.

Those negative factors have forced South Korean refiners to start reducing production. Their capacity utilization stood at 86.1 percent in January, down 2.9 percentage points from a year earlier. Their factory operating rate is projected to drop further down the road.

Analysts also said the drop in international oil prices may be positive for South Korean chemicals makers, but will serve as a short-term shock to them due to a serious downturn in global demand.
(END)