SEOUL, March 9 (Yonhap) -- President Moon Jae-in assessed Monday that the pace of additional infections of the new coronavirus has been slowing, but also advised caution over excessive optimism about the outbreak.

"The slowing trend should continue," Moon said in his meeting with senior aides at the presidential office Cheong Wa Dae.

South Korea reported an additional 248 cases of COVID-19 as of Monday morning, slowing from 367 cases on Sunday and 483 recorded the previous day. Daily infections peaked at 909 on Feb. 29.

The president, however, called for prudence regarding too much optimism about the situation as small-scale cluster infections have been reported across the nation.

"But there should be no optimism. There are sporadic and small-scale group infections in many areas, including (the southeastern city of) Daegu and the neighboring North Gyeongsang Province," Moon said.

Daegu, South Korea's fourth-largest city of 2.5 million, and the surrounding province accounted for nearly 90 percent of the infections. More than half the cases are linked to a branch of the Shincheonji religious sect in the city.

Moon repeated the government's call for citizens not to hold mass gatherings such as religious events to help health authorities step up quarantine measures.

He also called for people's cooperation in smoothly operating a new face mask rationing system that took effect earlier in the day.

Under the new measure, citizens will be able to buy only two protective masks per week from pharmacies, on designated days of the week, depending on the final digit of their year of birth. 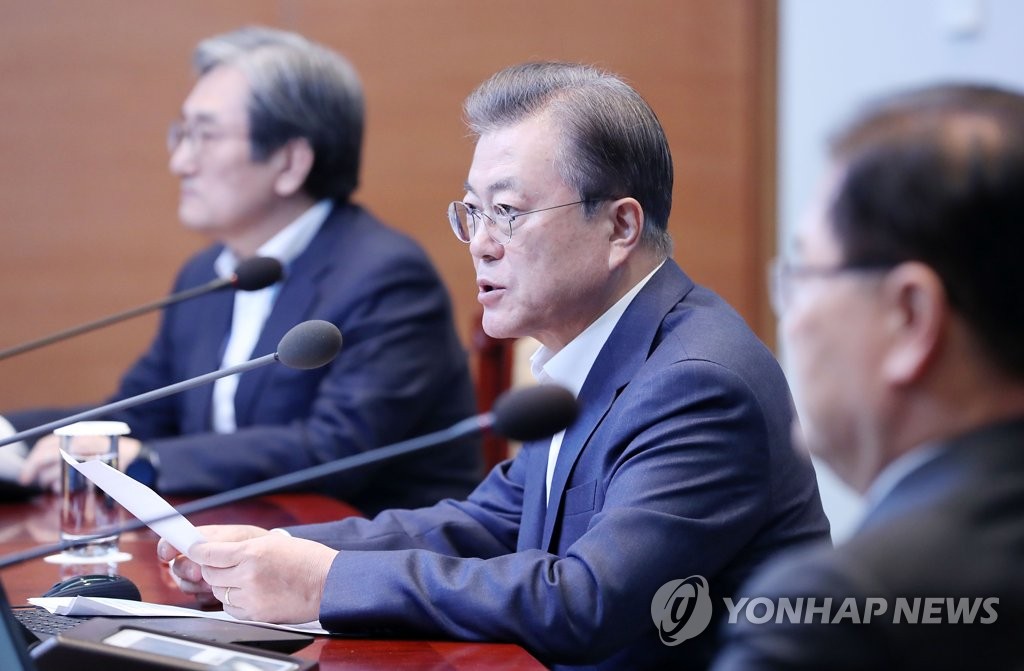