SEOUL, March 9 (Yonhap) -- South Korean shares tumbled by more than 4 percent on Monday as foreign investors went on a massive selling spree in the face of growing coronavirus concerns and a crash in oil prices. The Korean won sharply fell against the U.S. dollar.

Trading volume was heavy at 6 million shares worth 8.7 trillion won (US$7.2 billion), with losers far outnumbering gainers 866 to 33. 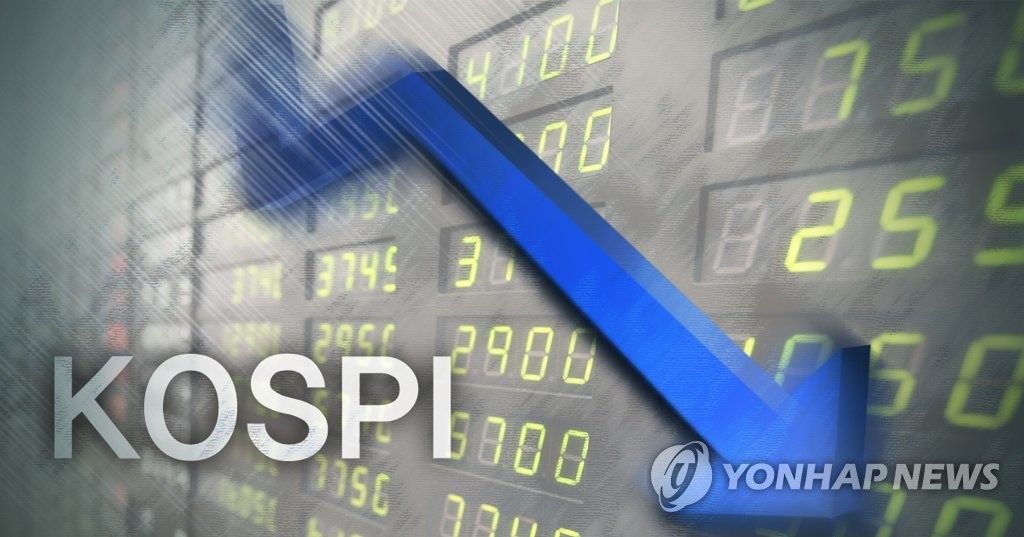 The market rout came as COVID-19 disease continues to spread across the world, while Saudi Arabia, the world's largest oil exporter, has triggered an oil price war with Russia by slashing its selling prices and pledging to unleash its pent-up supply to markets already suffering lower demand amid an economic slowdown.

Saudi Arabia's move is aimed at punishing Russia as it balked at production cuts proposed by the Organization of the Petroleum Exporting Countries (OPEC) amid the spreading coronavirus outbreak, analysts said.

As of 3 p.m., Brent crude futures had fallen by 26 percent to $33 a barrel and U.S. West Texas Intermediate (WTI) crude was down 28 percent to $29 a barrel, according to the Korea National Oil Corp.

Foreigners and institutions sold a combined 1.34 trillion won worth of stocks.

South Korea had reported a total of 7,382 confirmed coronavirus cases and 51 deaths as of Monday.

Most large-cap stocks retreated across the board.